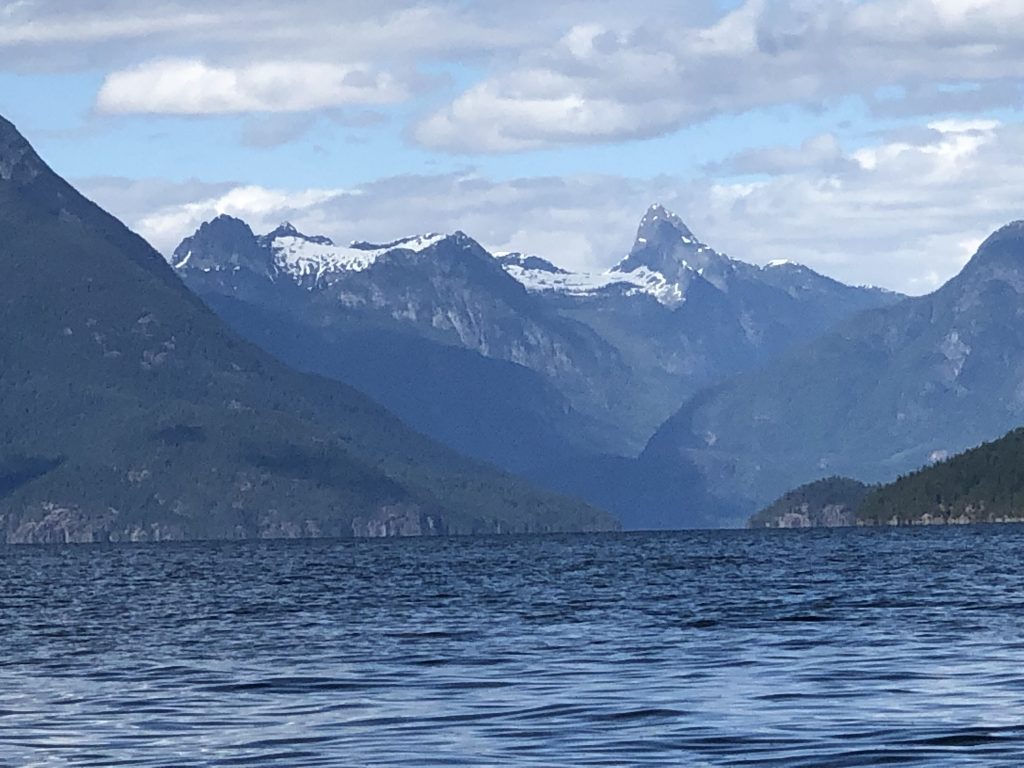 IT WAS 88 NAUTICAL MILES from Squirrel Cove, in Desolation Sound, up windy Johnston Strait, to Alert Bay. On the way to the First Nations fishing town, we passed three large salmon net pens, owned by Norwegian aquaculture companies.

Aboriginal people have been fishing these waters for hundreds of years, and people in Alert Bay believe the net pens threaten the environment and their livelihoods. 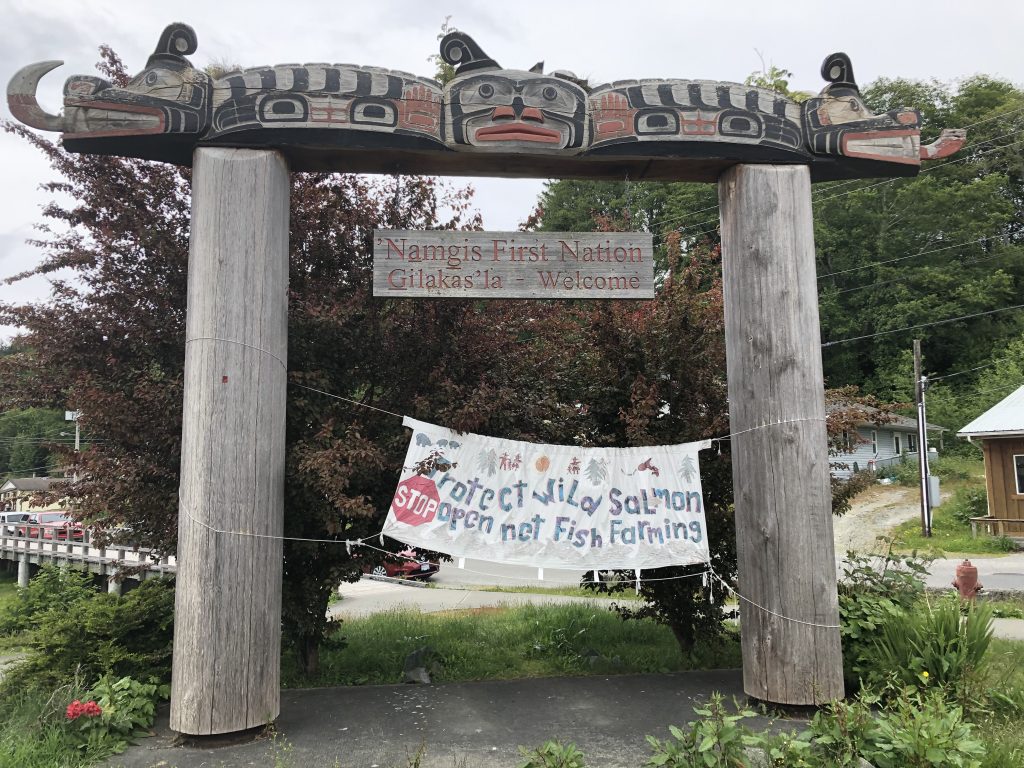 During breakfast at the Bayside Grill, where we ate local halibut and chips the night before, I met a friendly man named Art Shaughnessey. Art grew up in Alert Bay, and his family’s last name was Maxwa (he has it in his license plate) before the authorities changed it, a hundred years or so ago, to something they could pronounce. When Art grew up, he went off to become one of the first aboriginal members of the Royal Canadian Mounted Police.

In the time he served with the RCMP, Art never felt accepted, never felt like a member of the white boys’ club. But he toughed it out and stayed—for 35 years. Good for you, Art! 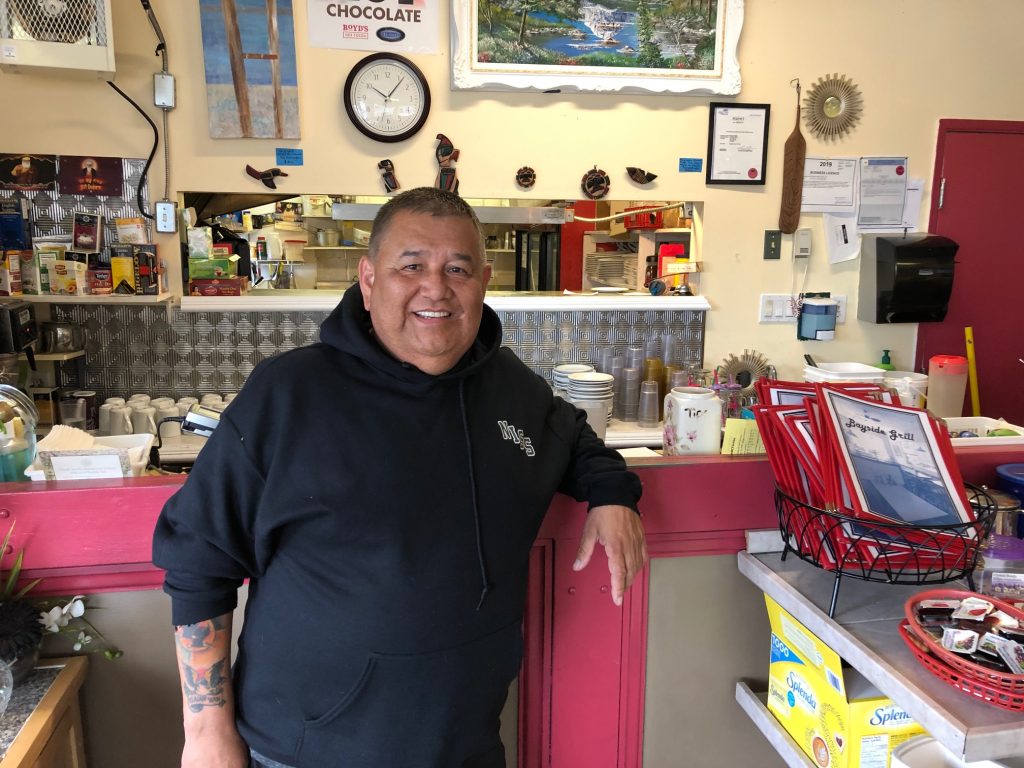 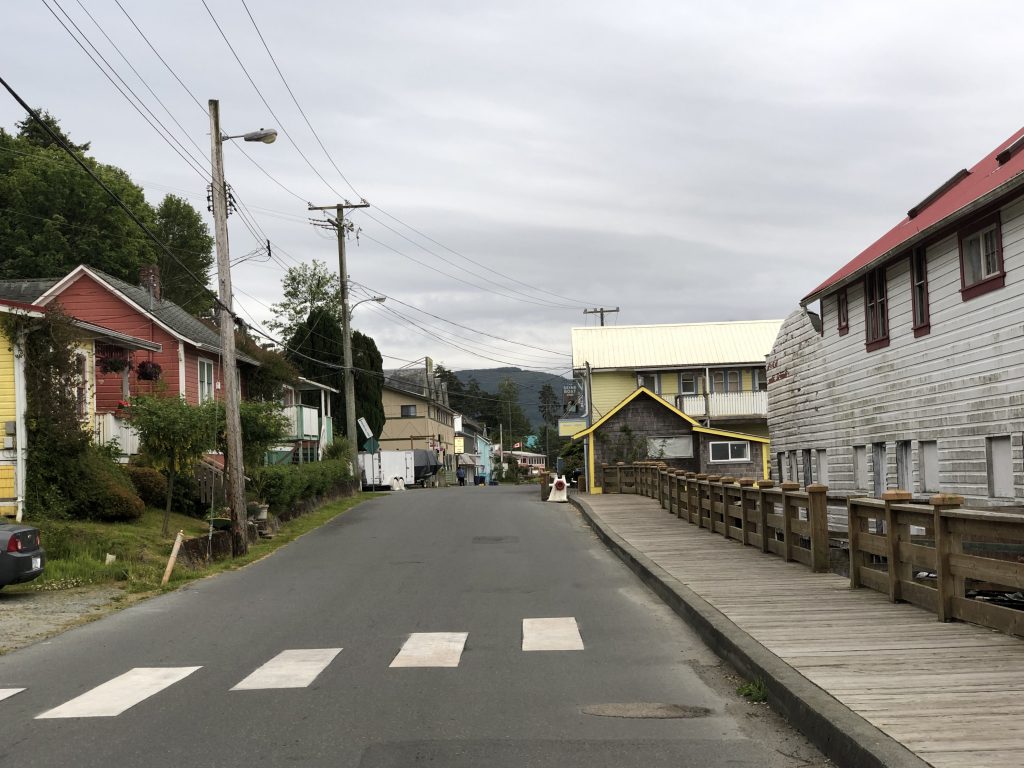 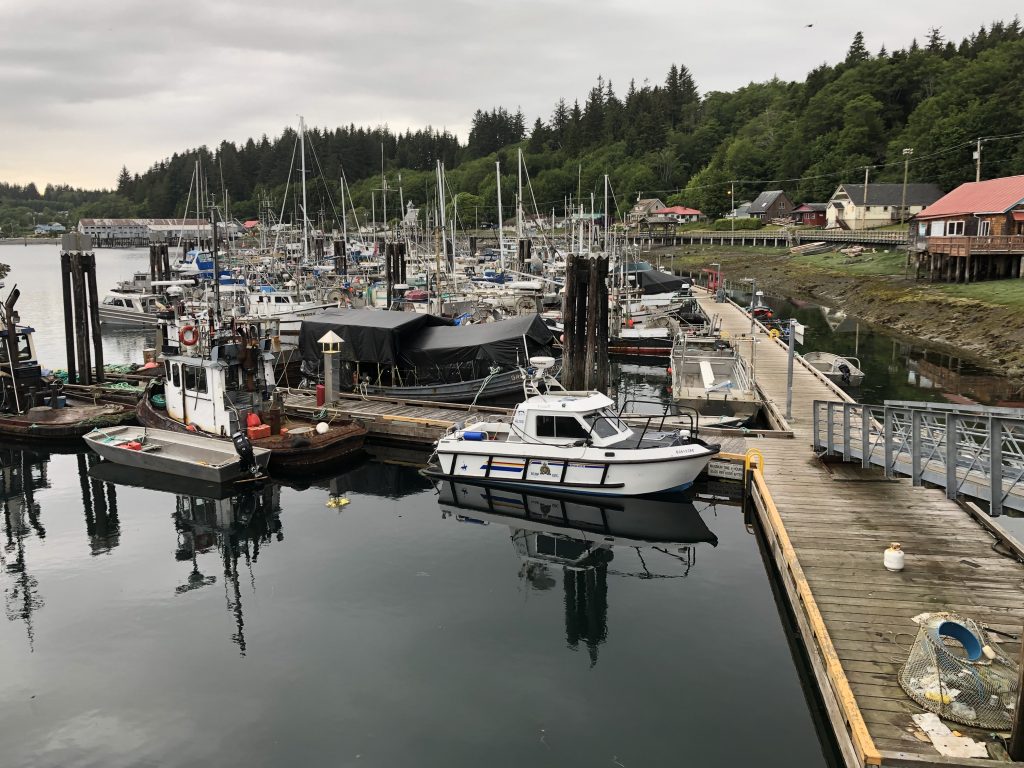 Fishing, for wild fish, is the main business in Alert Bay 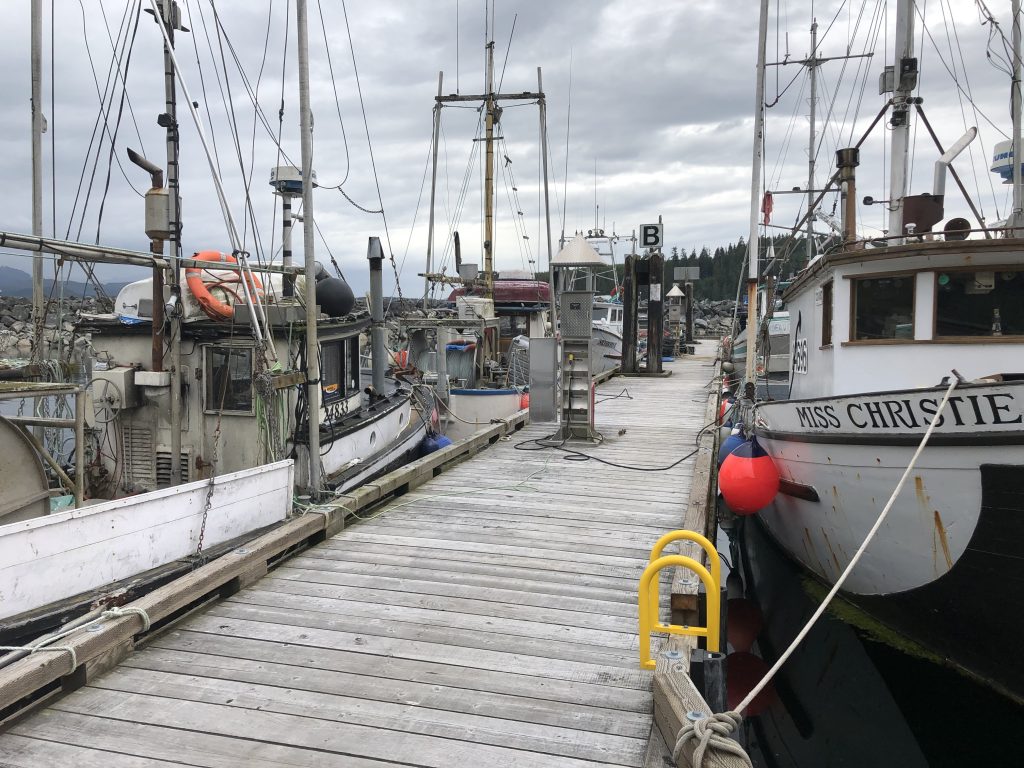 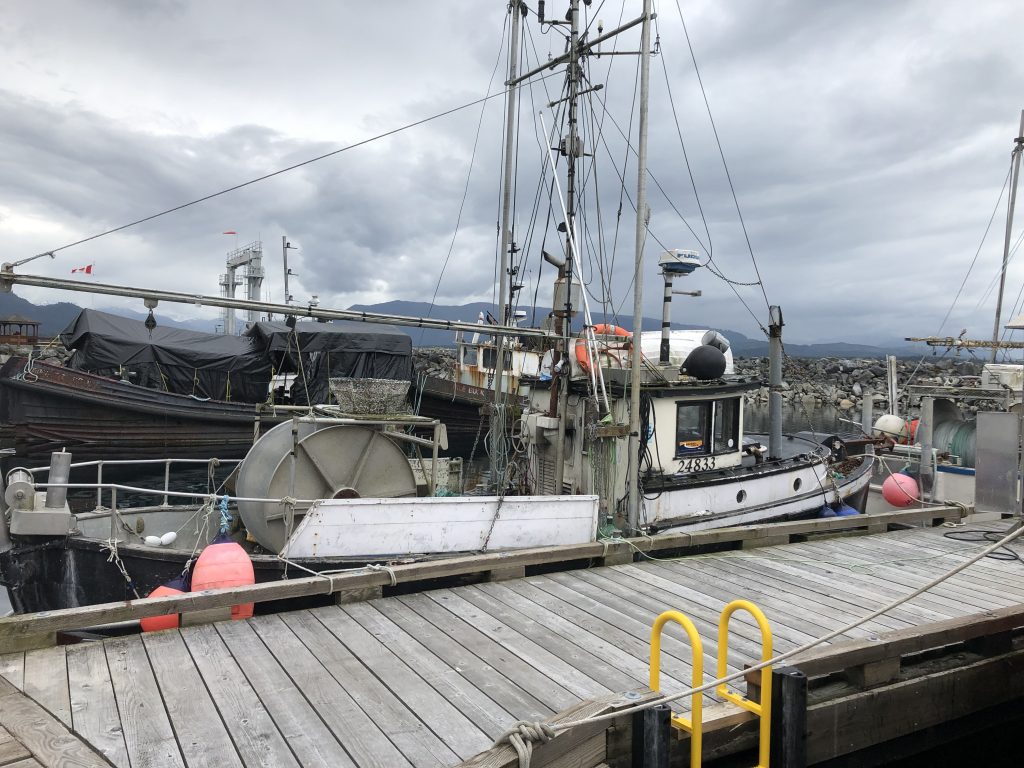 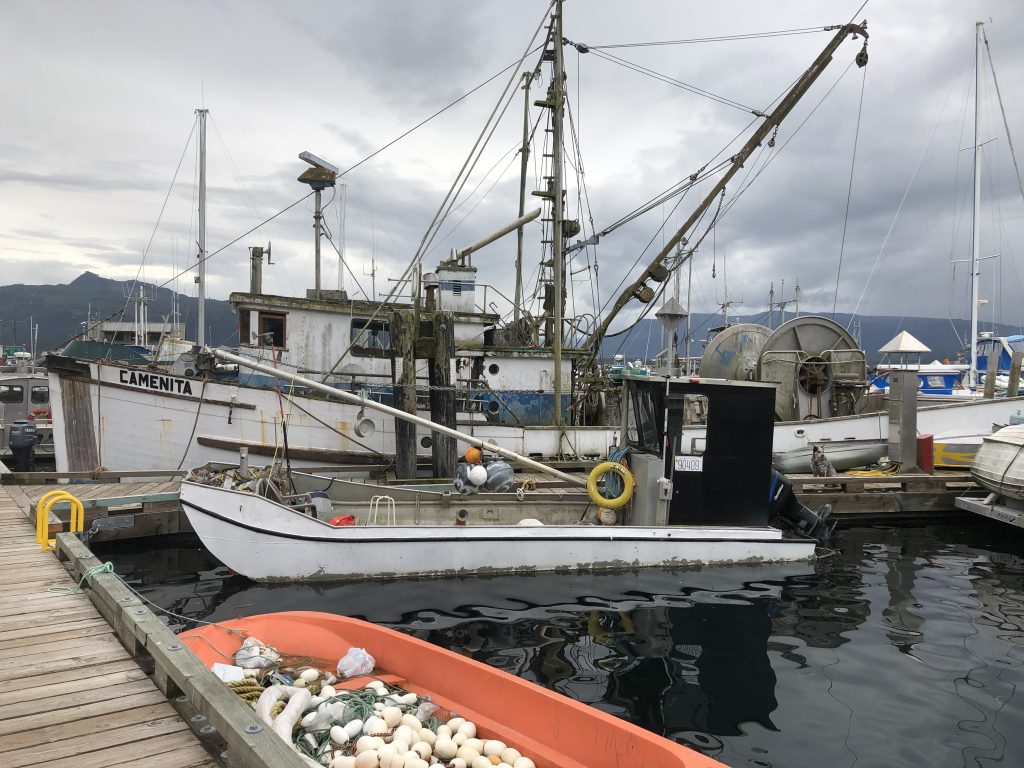 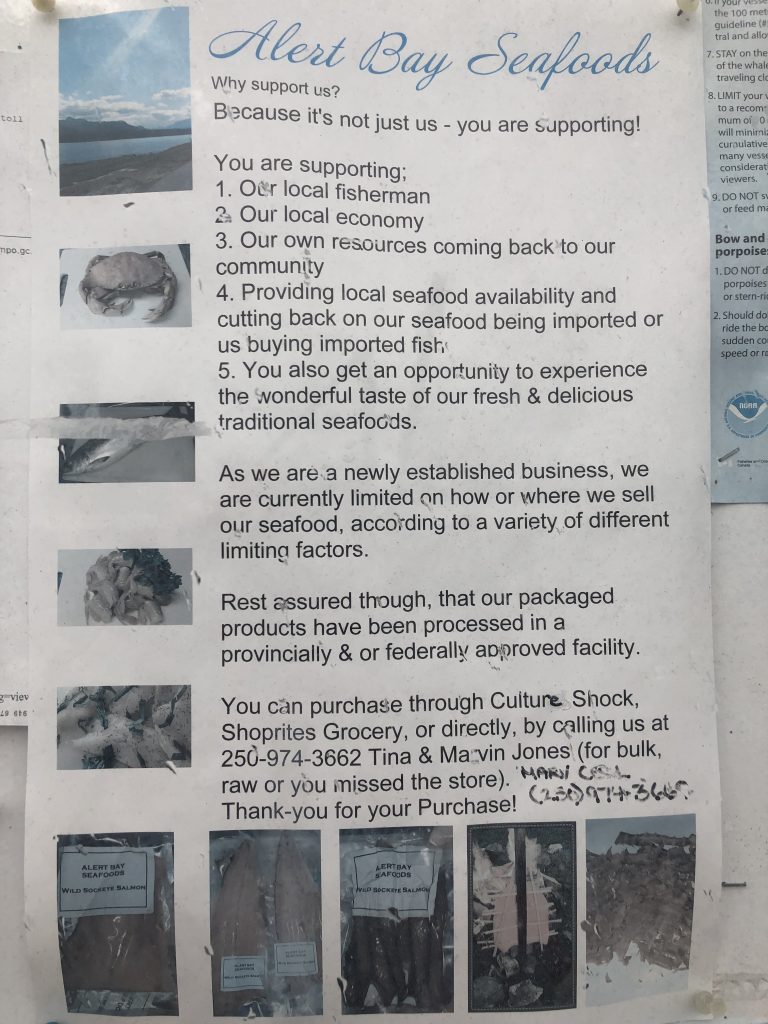