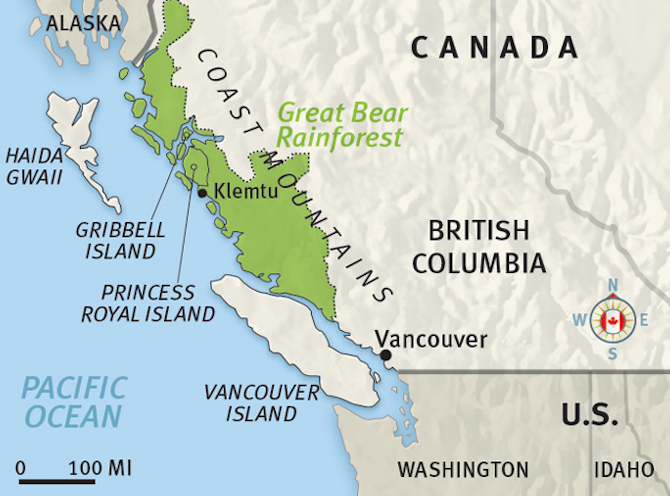 AFTER A YEAR-AND-A-HALF COVID-19 CLOSURE, the northern border has finally opened—for U.S. citizens heading to Canada. (The southbound border restriction for Canadians remains in place until at least Sept. 24.) In early September my brother Bill and I will set out in little Osprey on a three-week exploration of the Great Bear Rainforest, the last sizeable area of coastal rainforest on earth.

Stretching more than 250 miles, from north of Vancouver Island to the Alaska border, the 24,711-square-mile wilderness is larger than 10 individual U.S. states*, or about the size of Ireland. Environmentalists, who may have (for the moment at least) succeeded in protecting 85 percent of the area from logging, often tout it as “the Amazon of the North.” 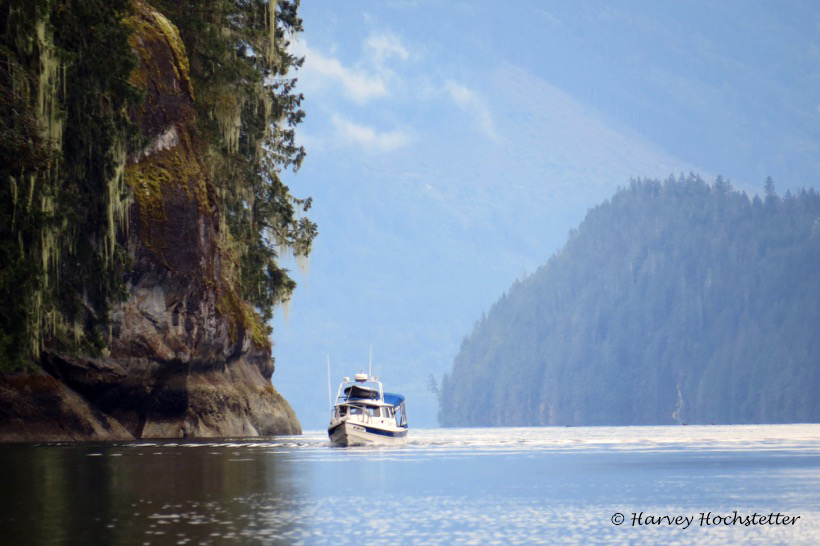 I have traveled through this wild country once before, in 2019, on my way south in Osprey from Alaska. It is a place beautiful beyond my powers of description, home to a number of culturally thriving First Nations communities. The Great Bear Rainforest is also home to eagles, wolves, grizzly bears, salmon, sea lions, cougars, orca, seals, humpback whales, and sea otters (to name just a few species)—and local Native villages (Klemtu in particular) appear to be benefitting from the region’s increased prominence as an eco-tourism destination.

If Bill and I are really lucky, we’ll catch a glimpse of the rare white “spirit bear,” a subspecies of American black bear found only here, and a charismatic travel industry poster child. 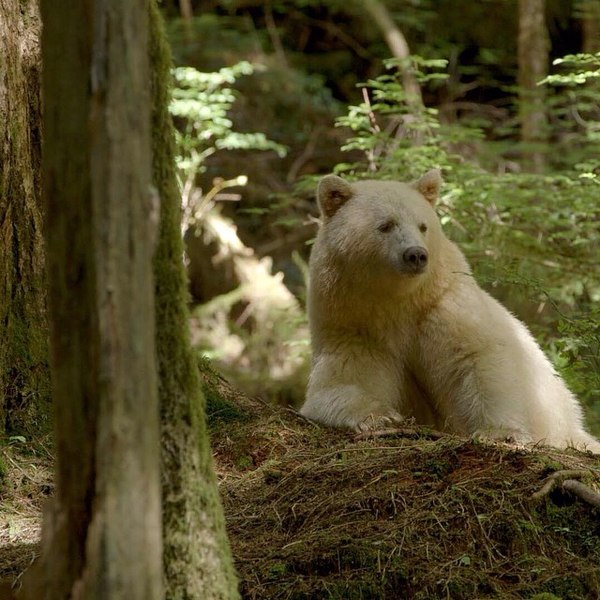 Here’s a link to a trailer for a film about the rainforest, which is showing in IMAX theaters around the world.

For most of our trip we’ll be out of cellphone range, so we won’t be able to make regular updates to this page. Photos and stories will have to wait until our return. If our inReach satellite communicator works properly, we should be able to post short, frequent Tweets to this page, as well as show our current position, which can be viewed here.

Posted in Uncategorized
Comments Off on North of Cape Caution