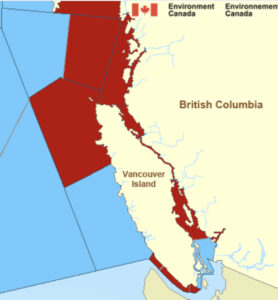 UNSEASONABLY BAD WEATHER off Vancouver Island’s Cape Scott, and from the tip of the island down the northwest coast, has been the norm for the past two weeks. For a few hours Friday it looked as though there might be a two-day weather window that would allow Osprey to make a 112-mile dash around the cape to the nearest port, Winter Harbour. I got up at 4 a.m. Saturday, started the engines … and then read the updated weather report:

The Marine Weather Forecast In Detail:

Wednesday … Winds Northwest 20 To 30 Knots Becoming Northwest 25 To 35 Late In The Day.

In plain U.S. English that means sustained winds as high as 40 miles per hour, with wave heights up to 10 feet.

My friend Harvey sent me a picture of what the wind was doing along my planned route. He wrote, “Andy. Here’s the weather. Icky.”

So, aaack! As a Kipling character lamented, in The Elephant’s Child, “This is too buch for be!” No need to intentionally sail into a perfect storm, and I was running out of time to wait it out.

I turned Osprey around and headed south, back down the island’s east coast— where the weather was surprisingly calm. Running with radar in a little fog at the north end of often-scary Johnstone Strait, but clearer as I went further south at close to wide open throttle, 25 miles per hour, now suddenly very eager to get home. All the way down Johnstone Strait and through turbulent Seymour Narrows, with the current running at 9 mph against me. No problem for my agile little boat. Refueling at Campbell River, past Comox and Nanaimo, to a pretty cove south of Dent Rapids, where I anchored in 10 feet of water, after a 203-mile Osprey-record-shattering run. Whew! Madness.

Yesterday, Sunday, an easy 70 more miles back to our starting point, Cap Sante Marina, after a wireless check-in with U.S. Customs, using the handy CBP Roam app. The marina assigned me to Slip 66.

As you can see, slip 65 was taken. A few minutes later, one of the seals gave birth—on the dock! She growled at anyone who came close to her new baby.

That concludes this 889-mile adventure. Shorter than I had hoped for, but tremendously rewarding, and certainly safer than what the weather gods had planned for me if I’d tried to go around the west side of the island.

Health, scheduling, and finances permitting, I’ll give it another try, next year. 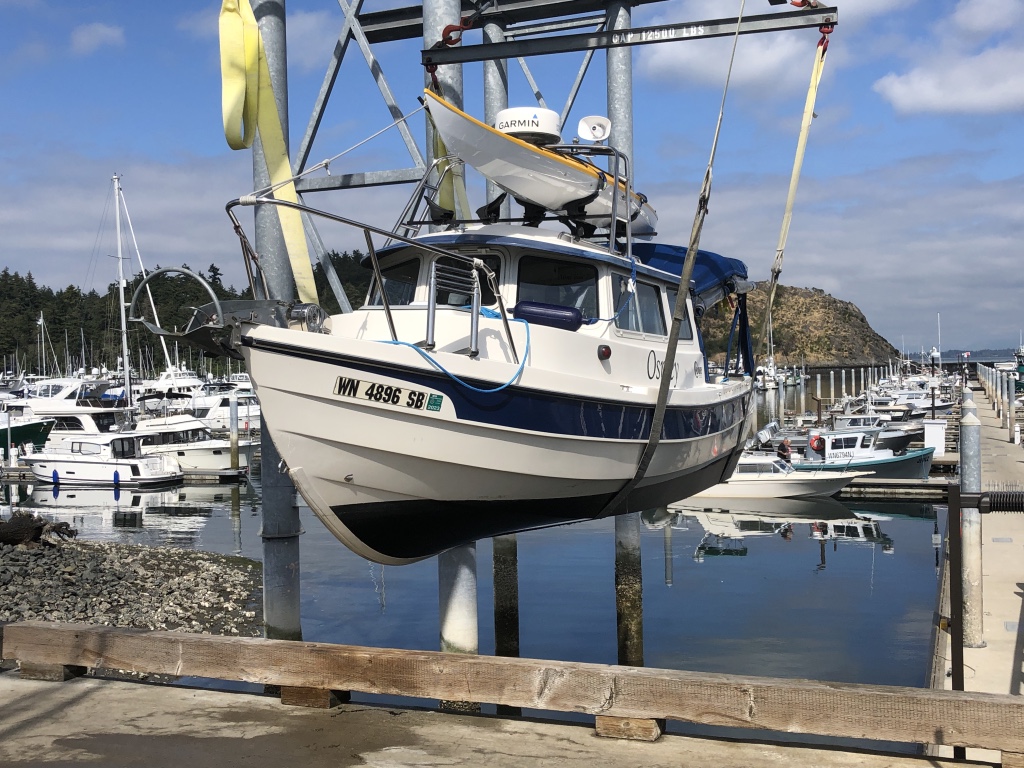 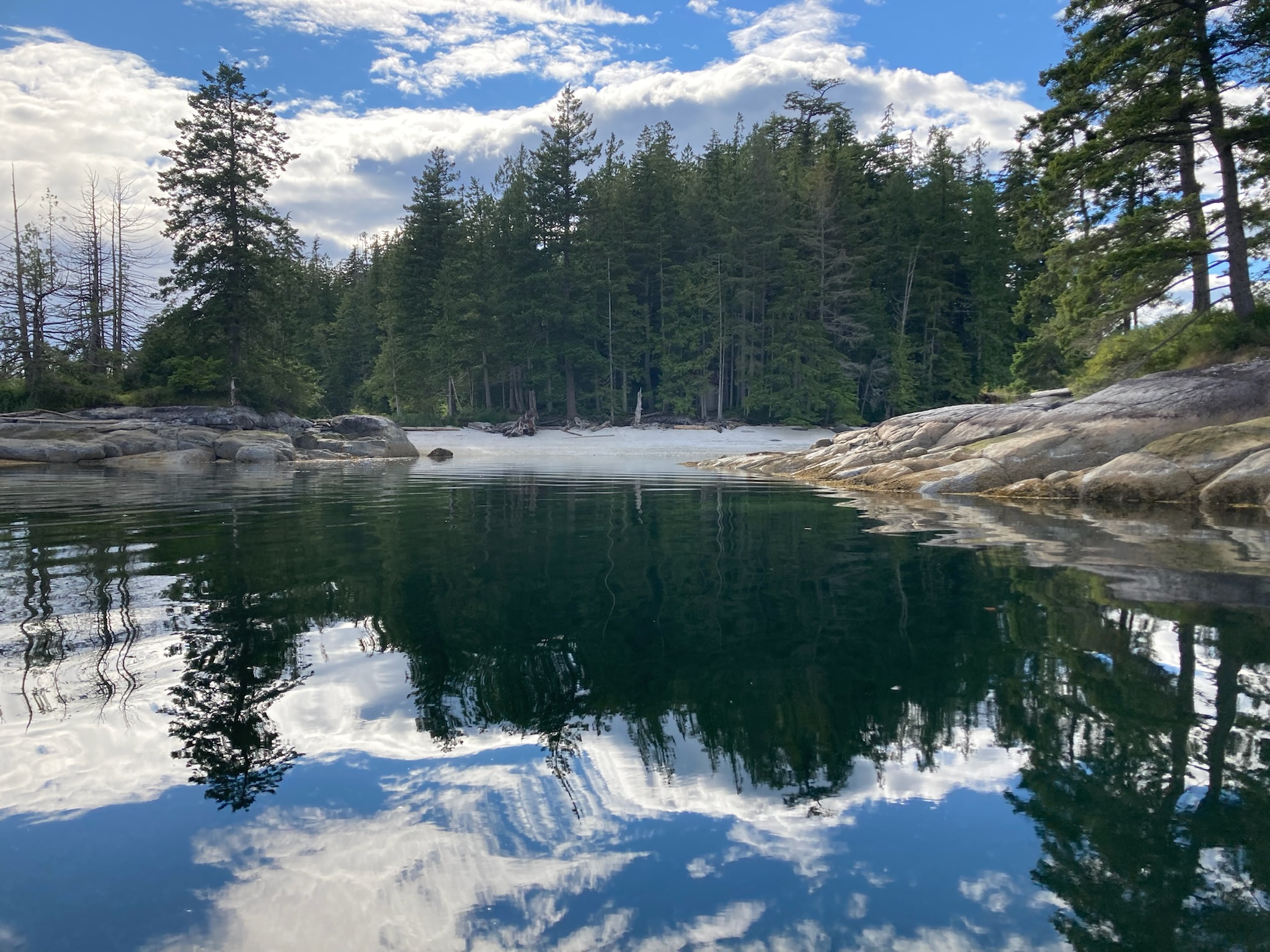 JULIE AND I MOTORED INTO northeast Vancouver Island’s Port McNeill after a two-week, 673-mile maritime road trip that took us from the densely populated Puget Sound region to the glorious reaches of British Columbia’s remote Desolation Sound and Broughton Archipelago. It was rejuvenating to get out of Megalopolis, if only for a while. I believe Ms. Burman (the best of sports) and I remain pals—a remarkable accomplishment for two people shoe-horned for 15 days into a boat cabin the size of a tiny jail cell, much of the time in drizzle and fog.

Here’s a selection of Julie’s photos from a most memorable voyage: 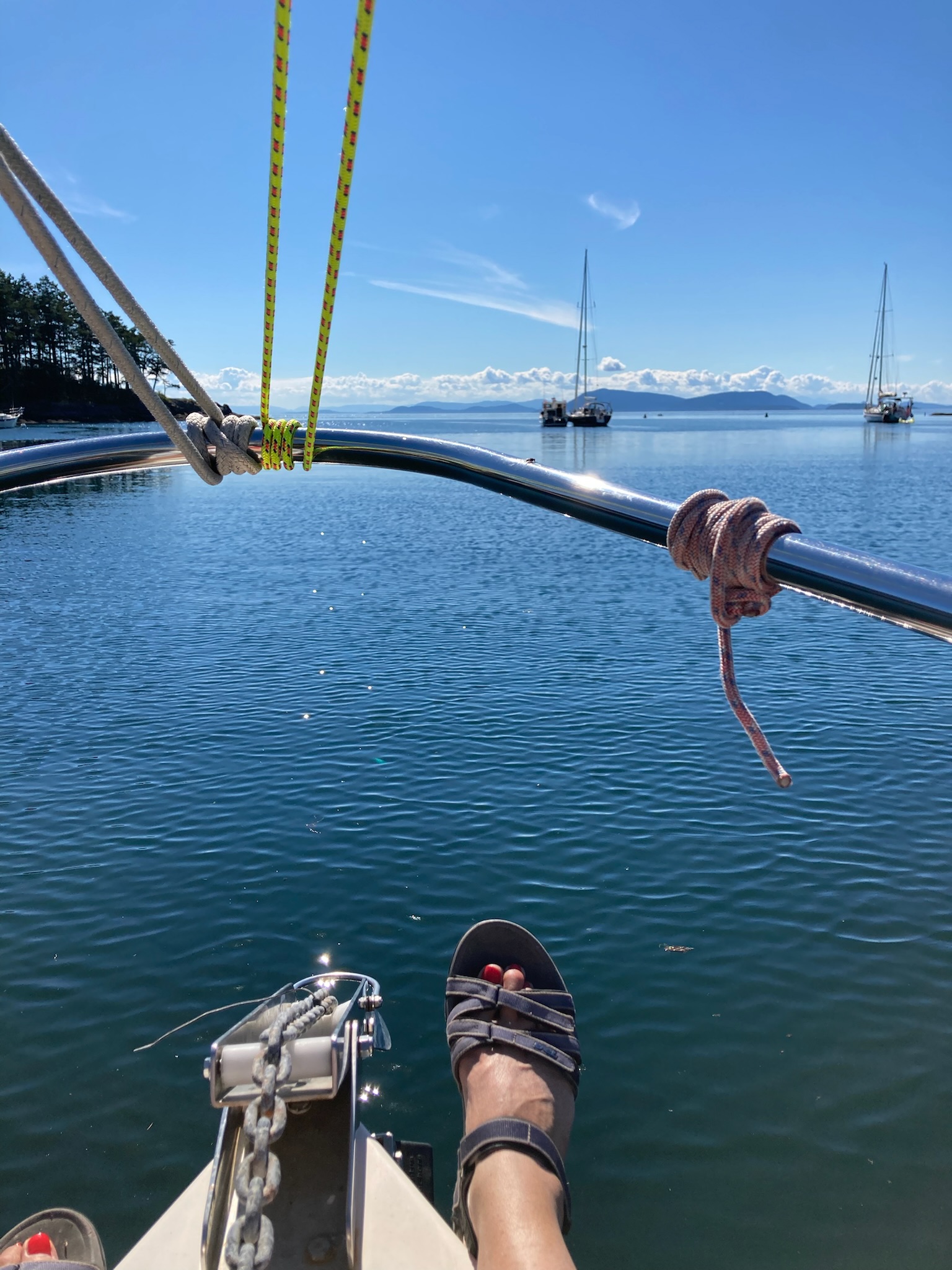 Basking on the bow (Julie Burman) 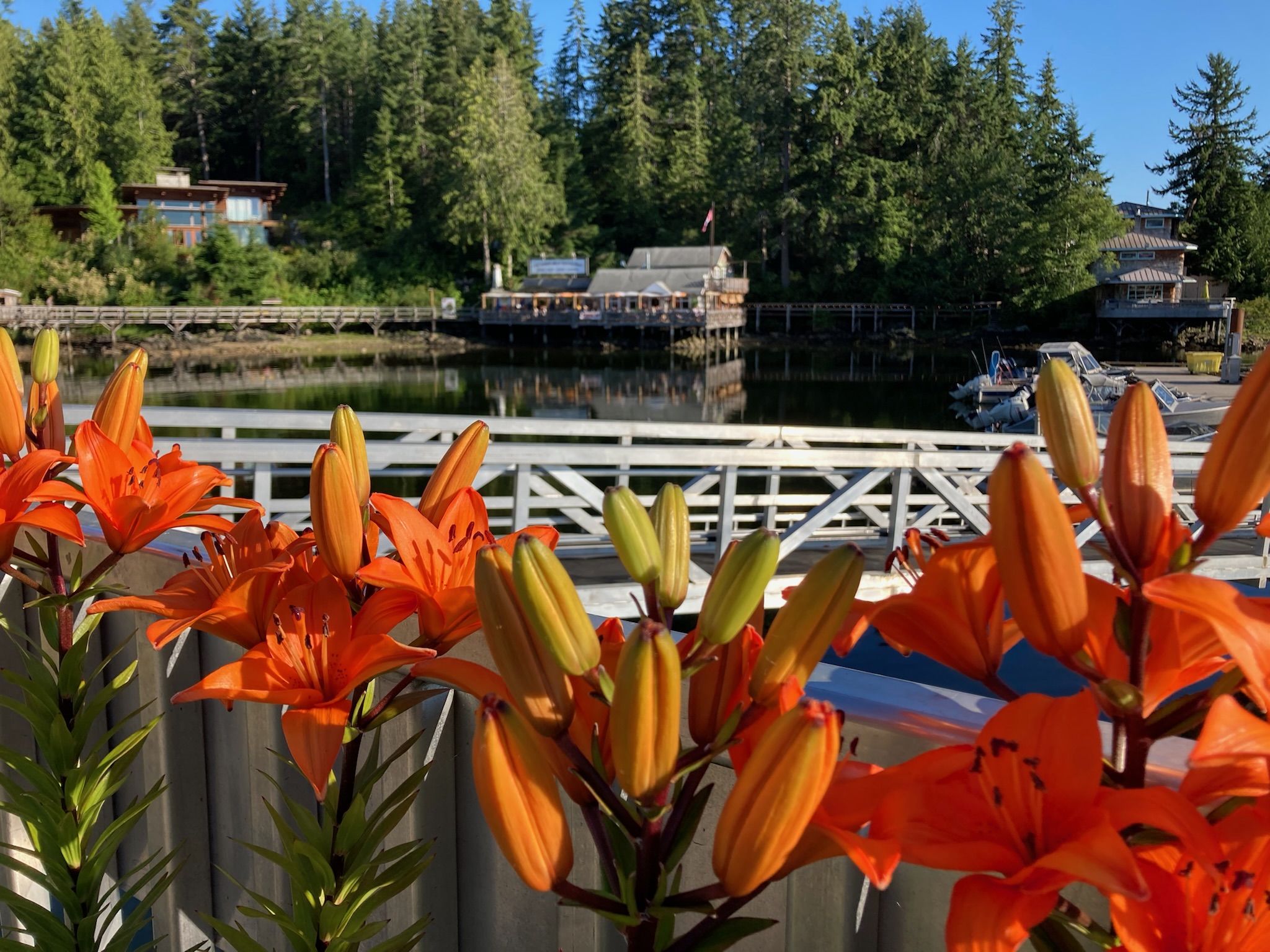 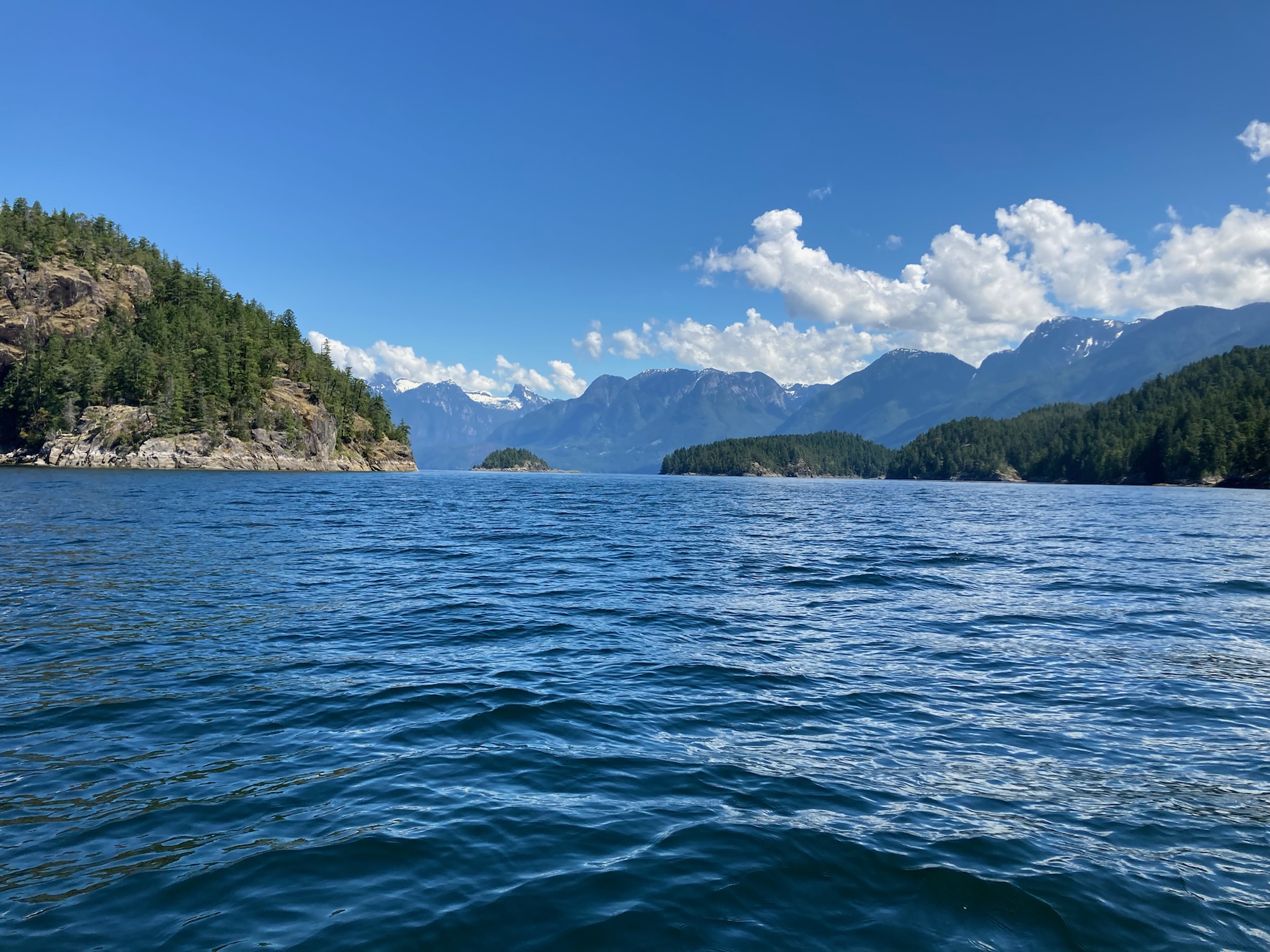 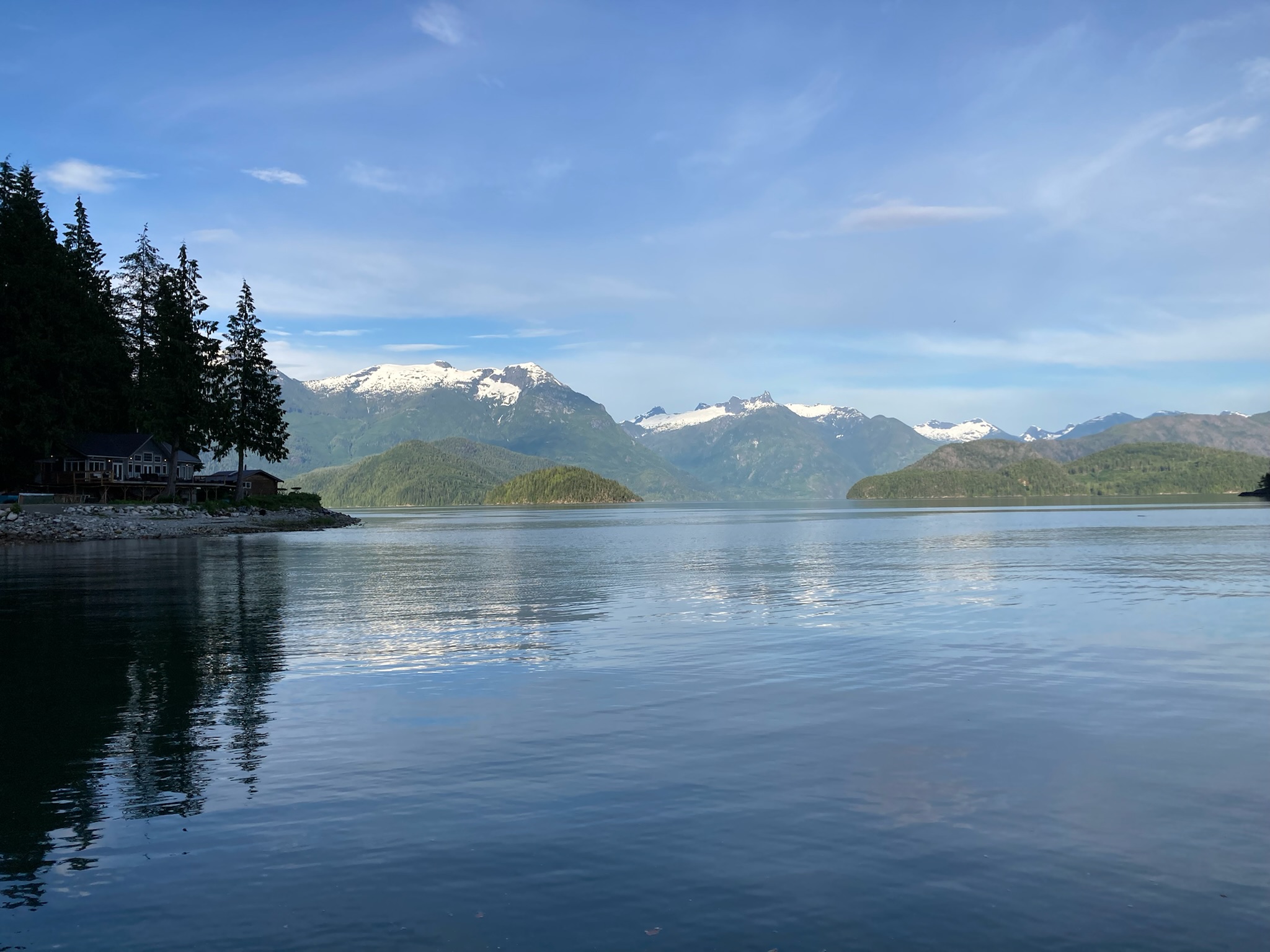 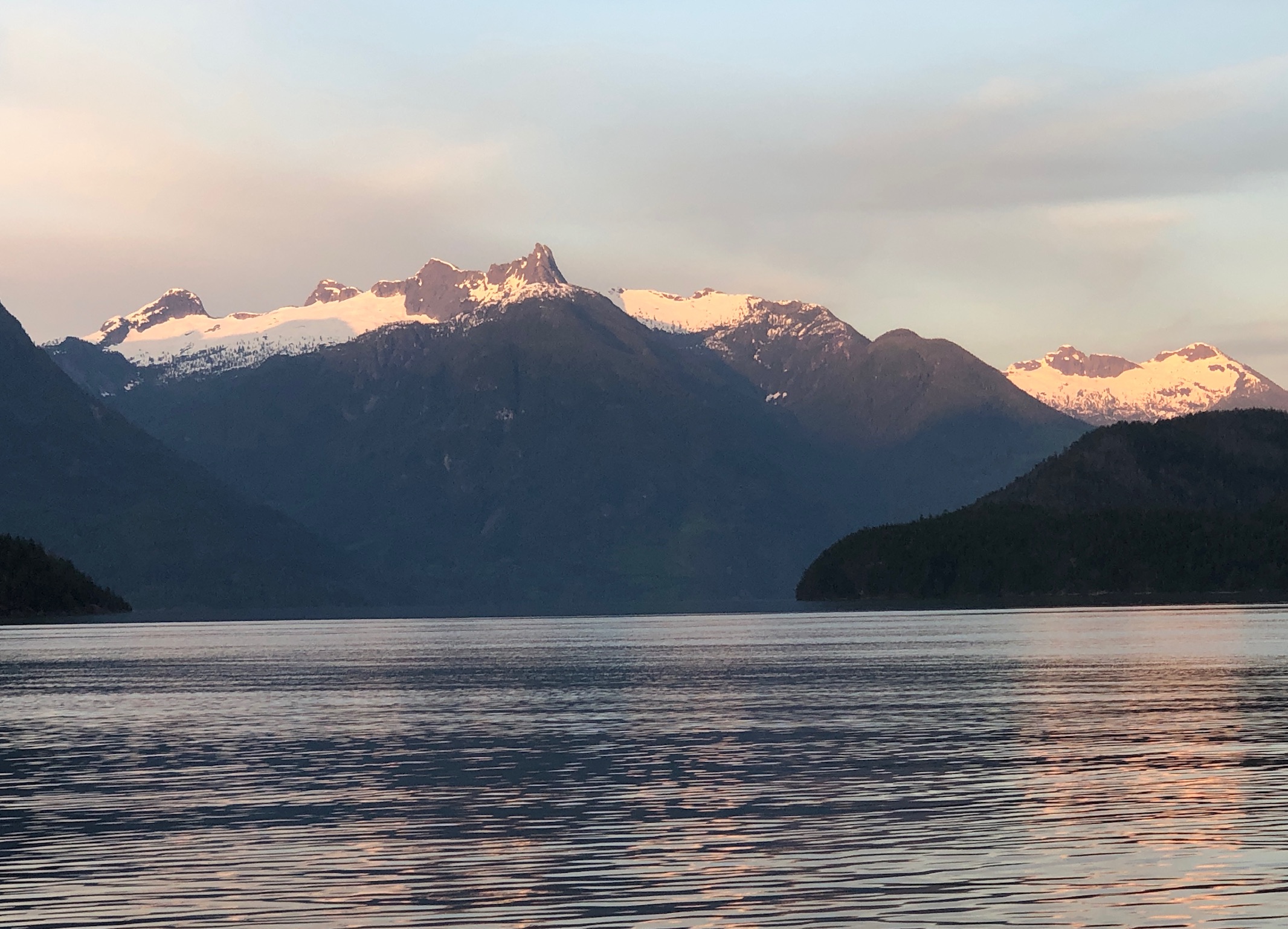 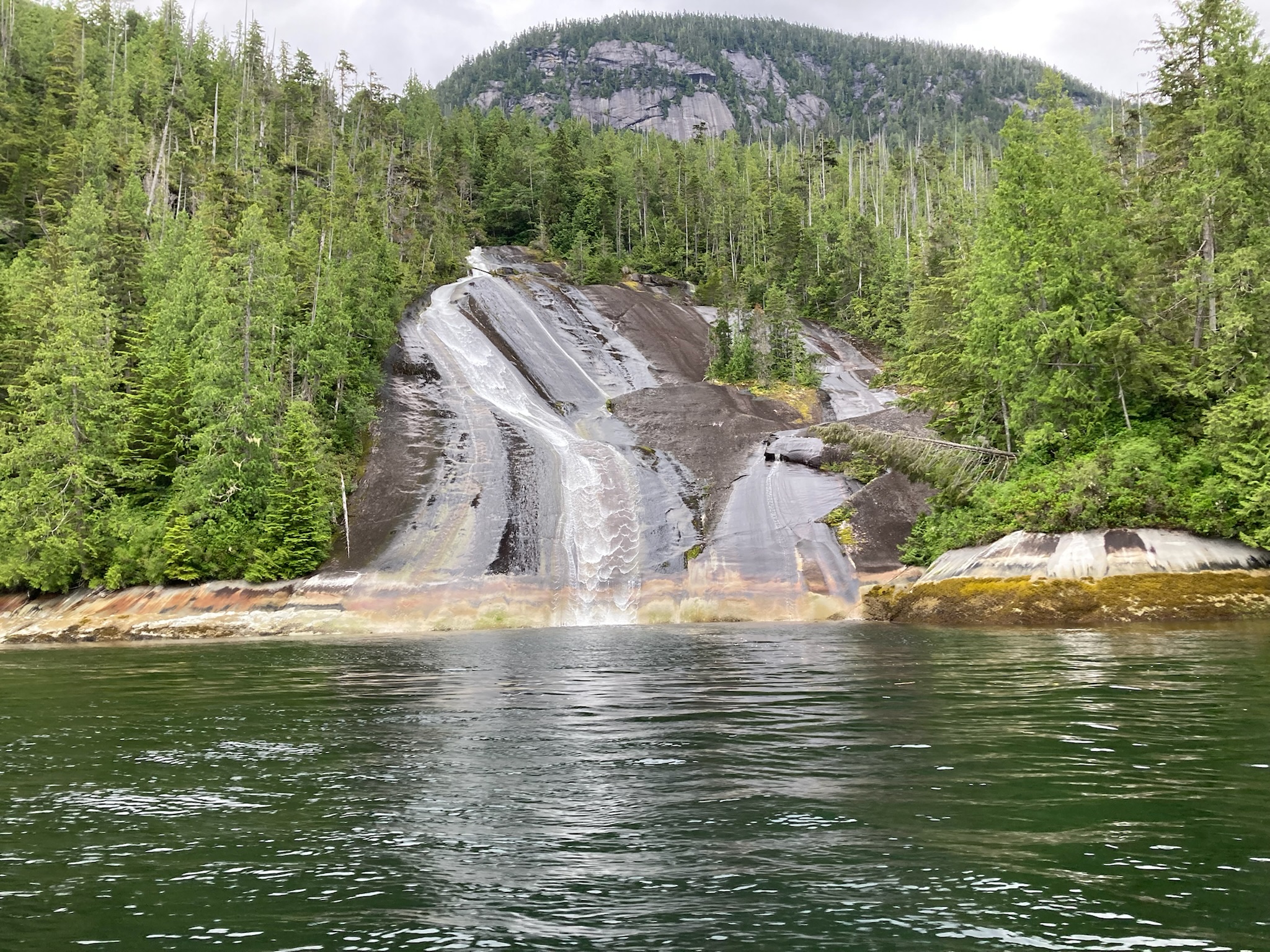 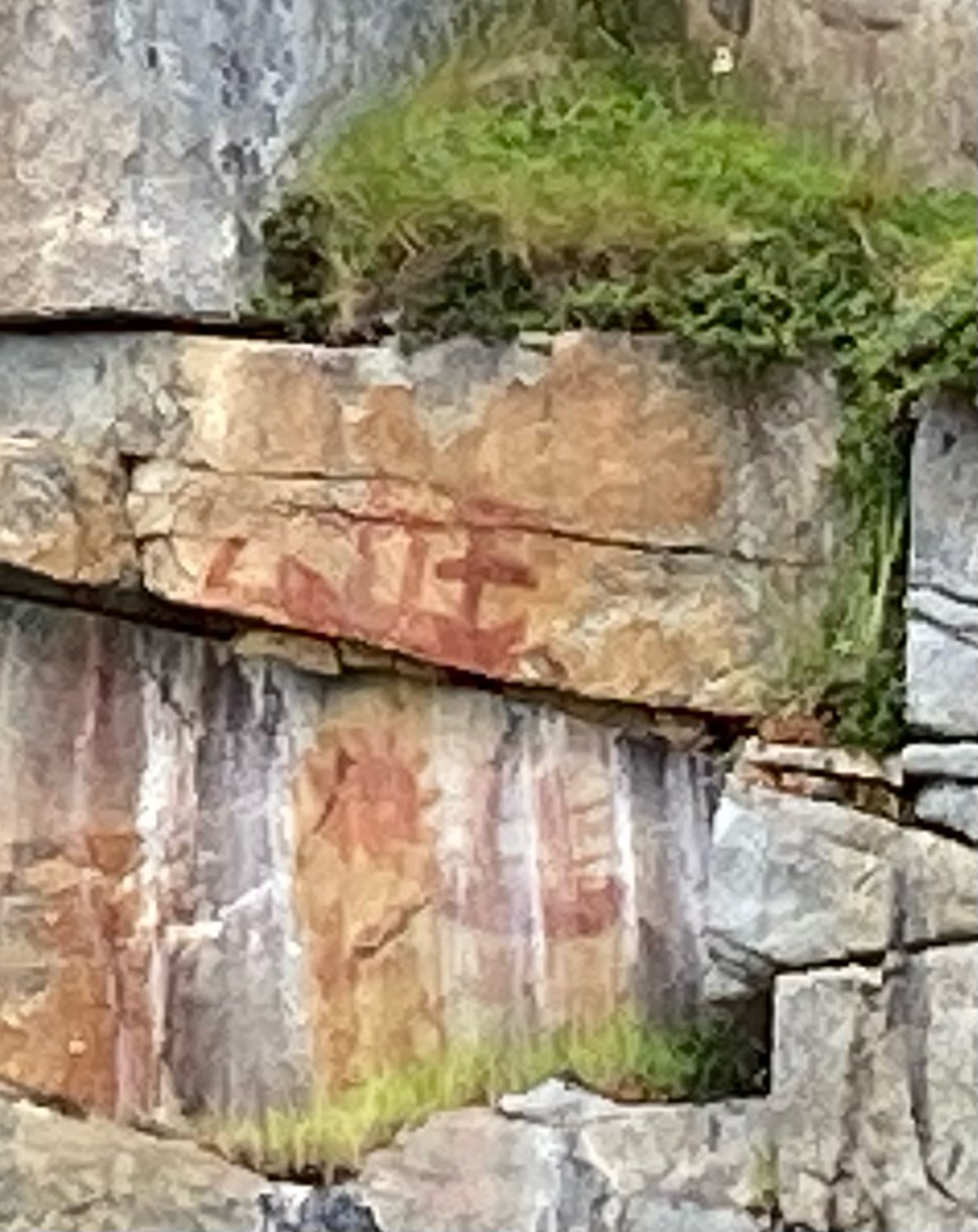 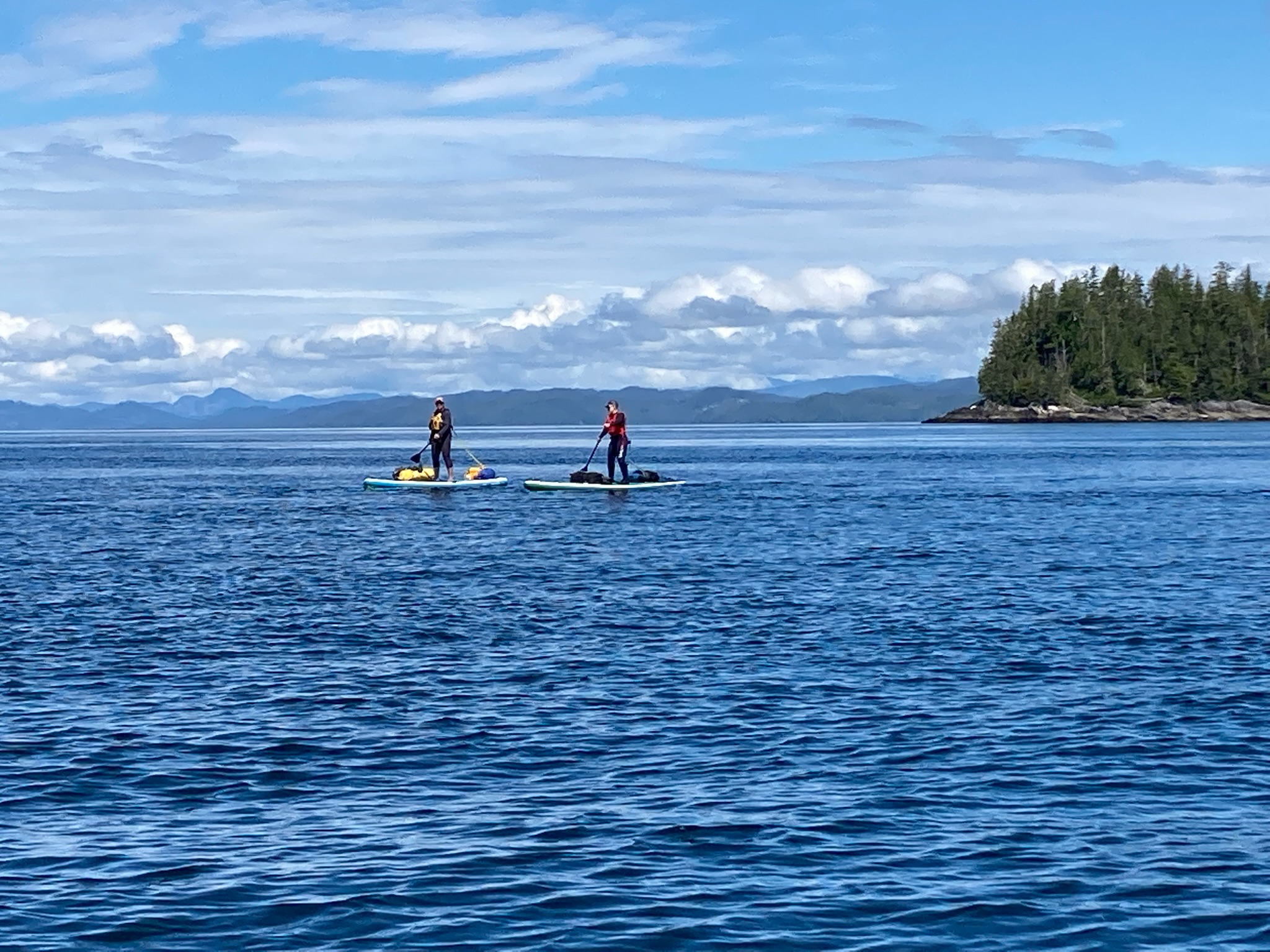 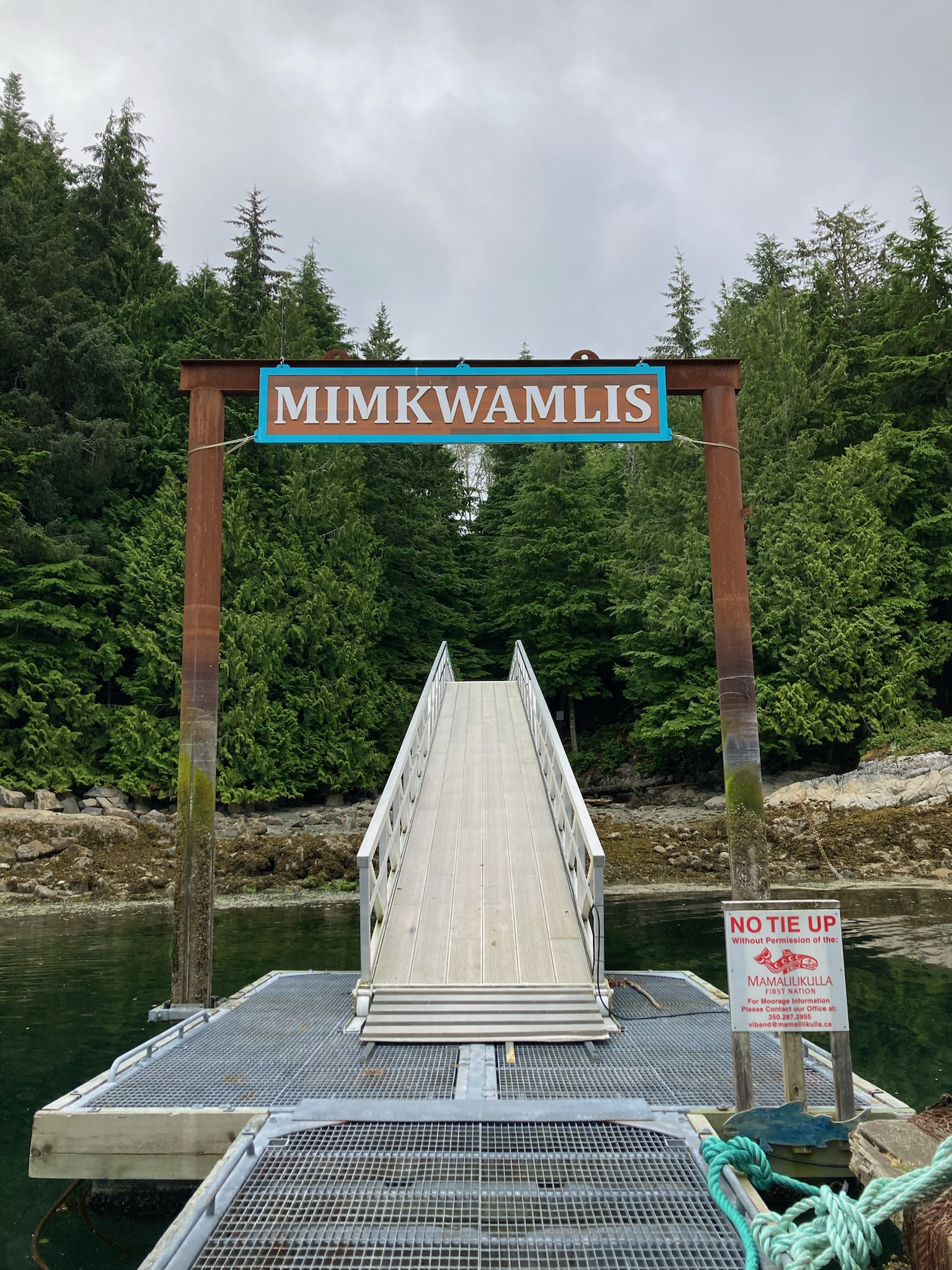 Entrance to the historic village of Mimkwamlis (Village Island), which was occupied until 1972 by the Mama̱liliḵa̱la First Nation. (Julie Burman) 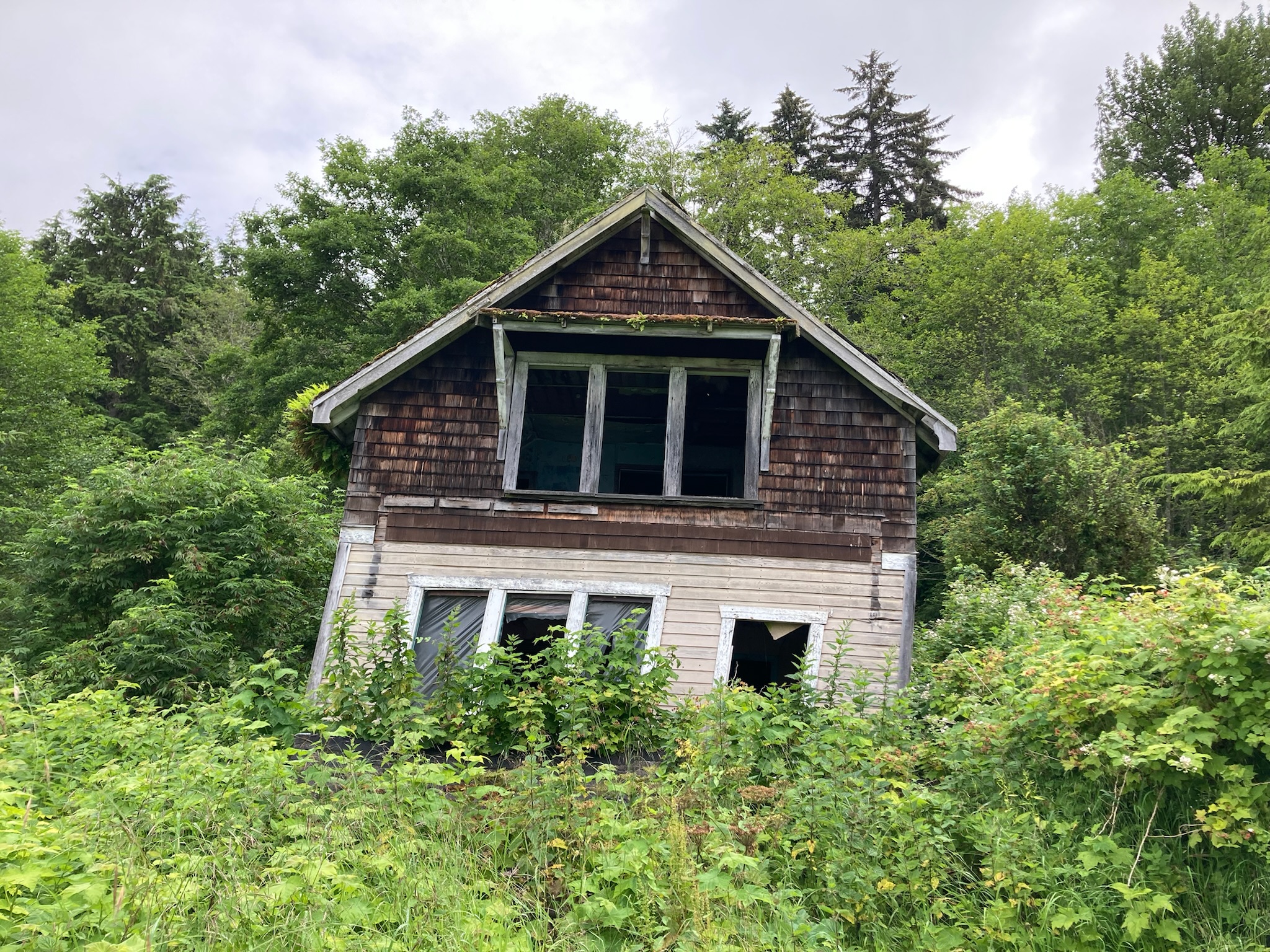 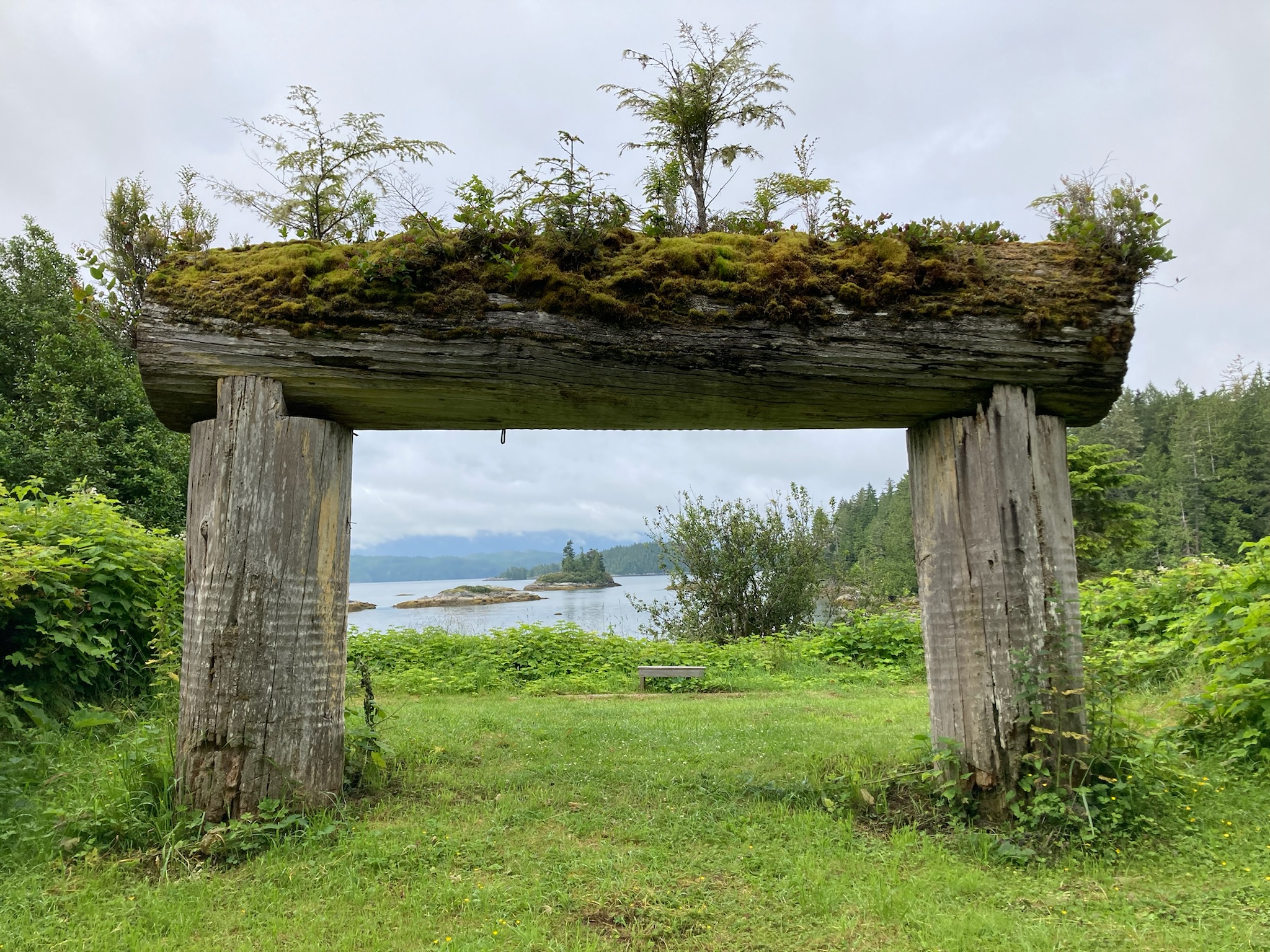 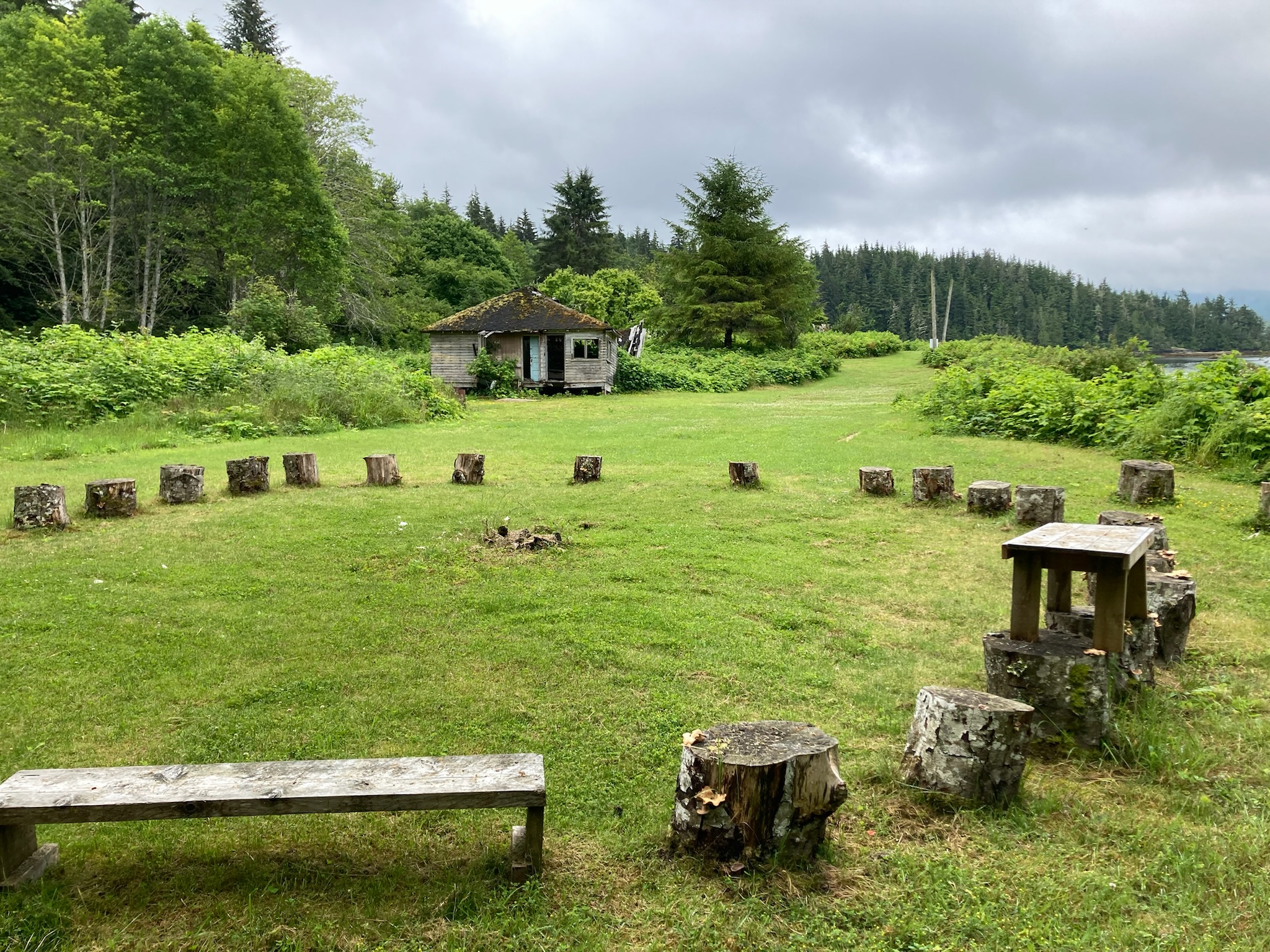 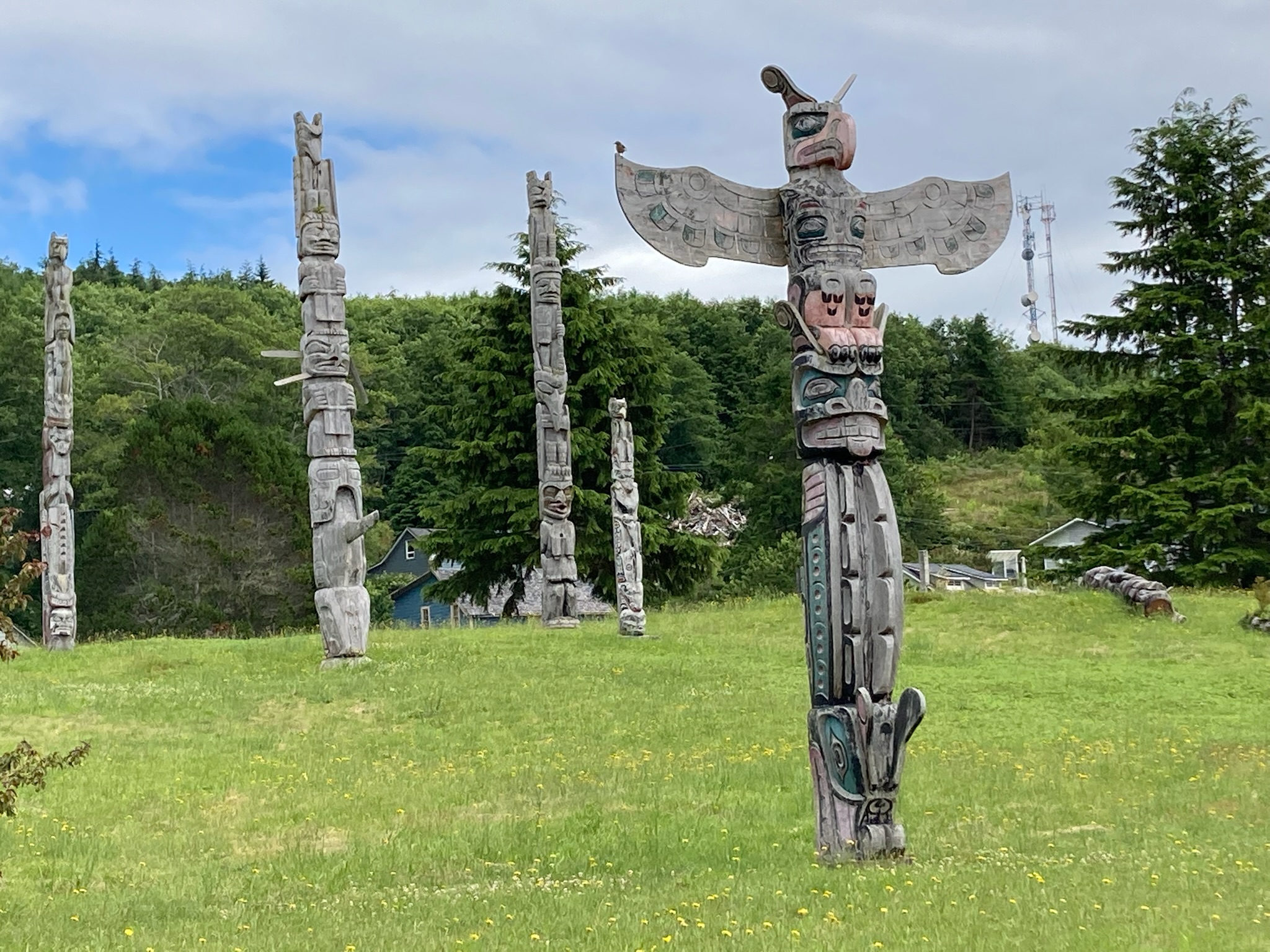 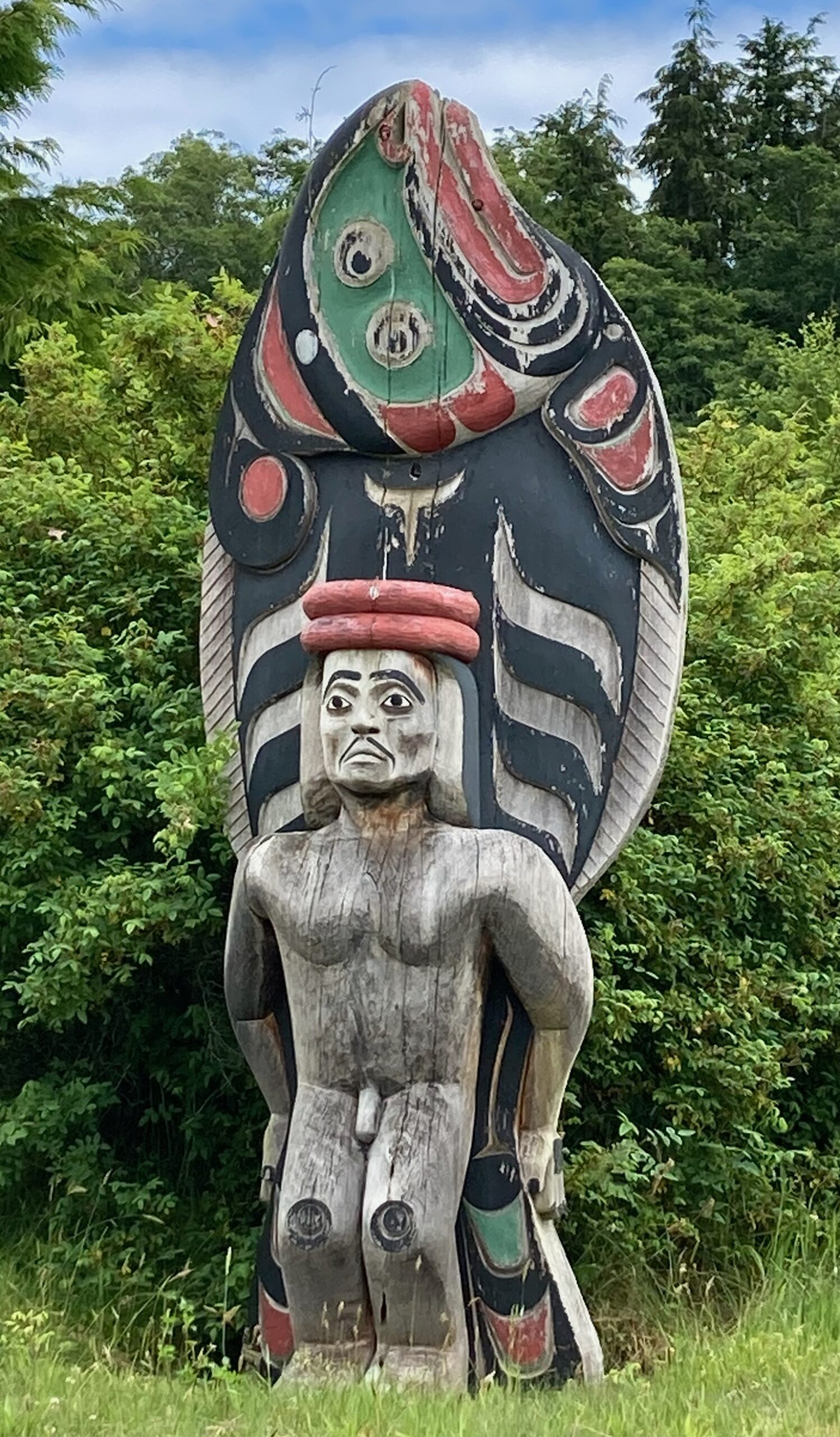 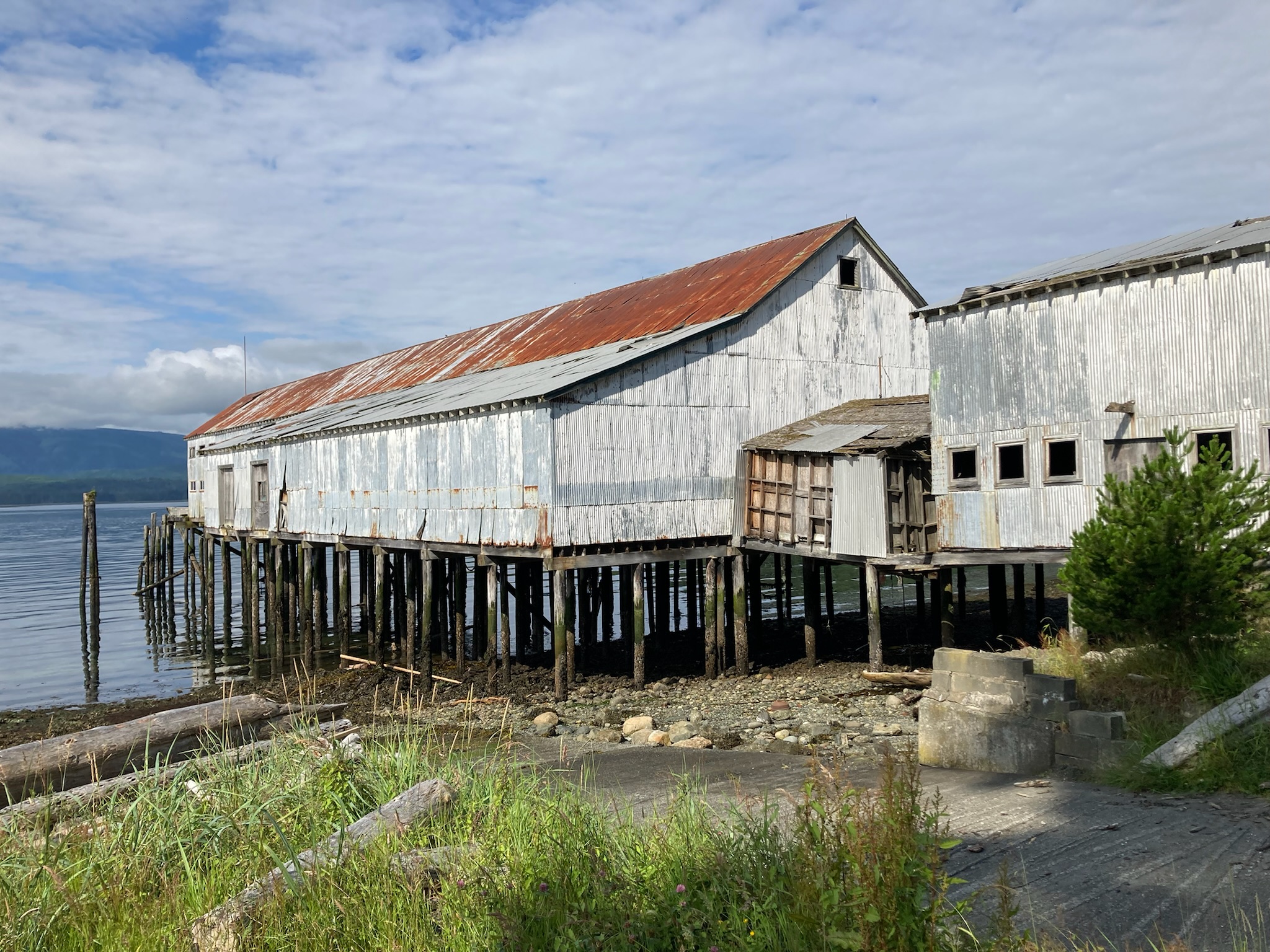 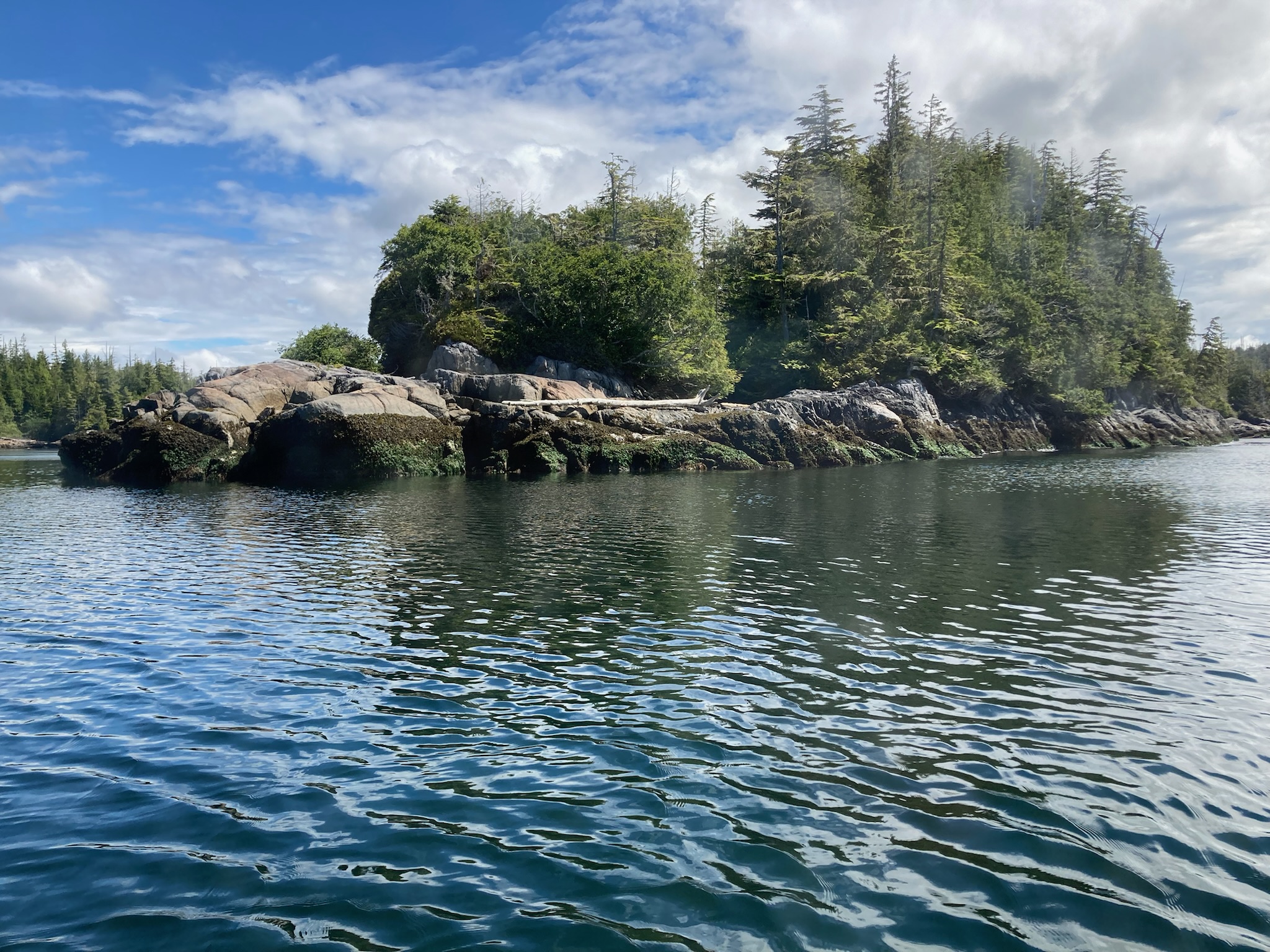 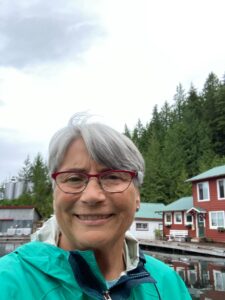 Posted in Uncategorized
Comments Off on Afloat in the misty isles