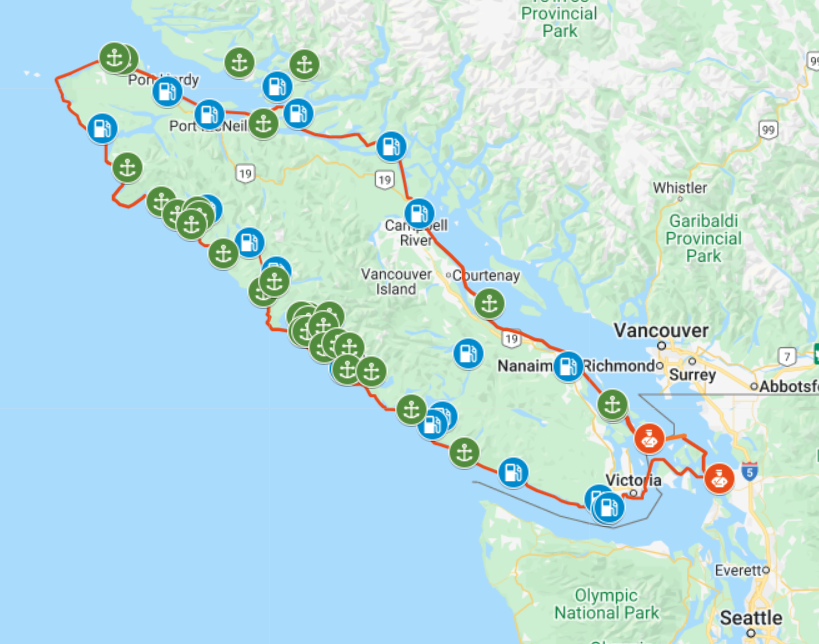 TWO HUNDRED AND THIRTY YEARS ago, 38-year-old Spanish explorer Dionisio Alcalá Galiano and his crew became the first white people to demonstrate that what we now know as Vancouver Island is in fact … an island. In the spring and summer of 1792, the Spanish mariners proved this point by sailing around the enormous body of land, counterclockwise, from Nootka Sound on the island’s west coast.

Indigenous peoples, who had lived on the great island for thousands of years, were likely unimpressed by this “discovery.” But still—navigating through miles of twisting waterways, contrary winds and powerful, reversing tidal currents in 46-foot sailing ships with no motors or maps—it was a remarkable feat of seamanship. Along the way, the Spaniards had an unplanned but amicable meeting with British explorer George Vancouver, who was also circling—in the opposite direction—the island that eventually bore his name.

This summer, Osprey, a 22-foot C-Dory with twin 50-horsepower outboards, fog-piercing radar, and electronic navigation systems out the wazoo, will attempt a 950-mile circumnavigation of the world’s 43rd largest island, in the same counterclockwise direction taken by Galiano. For the first third of the voyage—from Anacortes, Wash. to Port Hardy, B.C.—skipper Andy Ryan will be joined by his longtime friend Julie Burman. After that, he’ll be on his own.

Starting June 30, you can follow our progress and message us—on Twitter; and on a web map updated by satellite every 10 minutes.

Galiano, incidentally, lived for 12 more years after his circumnavigation of Canada’s big western island. By October 18, 1805, the now 50-year-old master mariner had risen to the rank of commodore, and was in command of a 76-gun ship of the line—part of a combined French-Spanish armada in the service of Napoleon Bonaparte. Off Cape Trafalgar, on the southwest coast of Spain, the French and Spanish encountered a smaller British fleet commanded by Vice Admiral Horatio Nelson. In the ensuing battle, Galiano was killed by a cannon ball. The British fleet famously won that contest; but Lord Nelson—later lionized as hero of the engagement—also perished, shot down on deck by a French sniper. 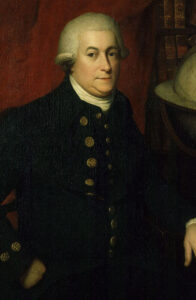 A portrait from the late 18th century by an unknown artist, believed to depict George Vancouver (Wikipedia) 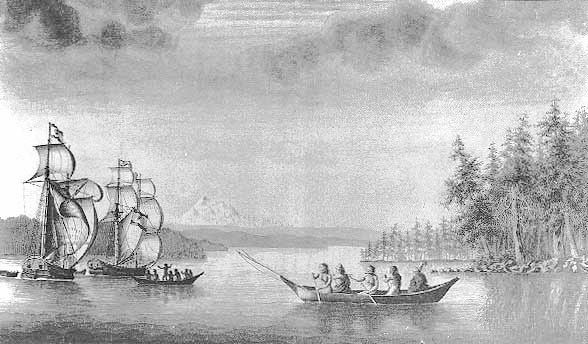 Posted in Uncategorized
← In the Great Bear RainforestShakedown cruise →