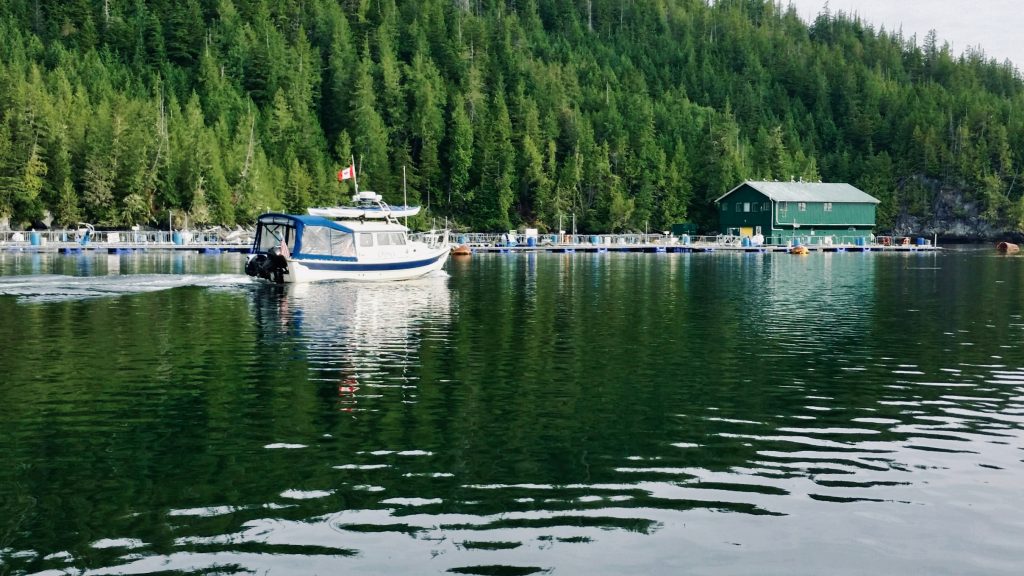 DON’T BUY FARMED SALMON—and consider boycotting stores that sell it. Ask your friends to do the same.

As I’ve made my way along the British Columbia coast this summer, I have been struck by the number of floating fish factories—open net-pens containing hundreds of thousands of genetically altered Atlantic salmon—infesting these waters.

There is no rational reason I can see for the Canadian government to allow these ugly insults to the planet, which pose a very real threat to the five species of Pacific salmon that have sustained coastal people (and orcas and bears) for thousands of years. Salmon are the very soul of the North Pacific coast. 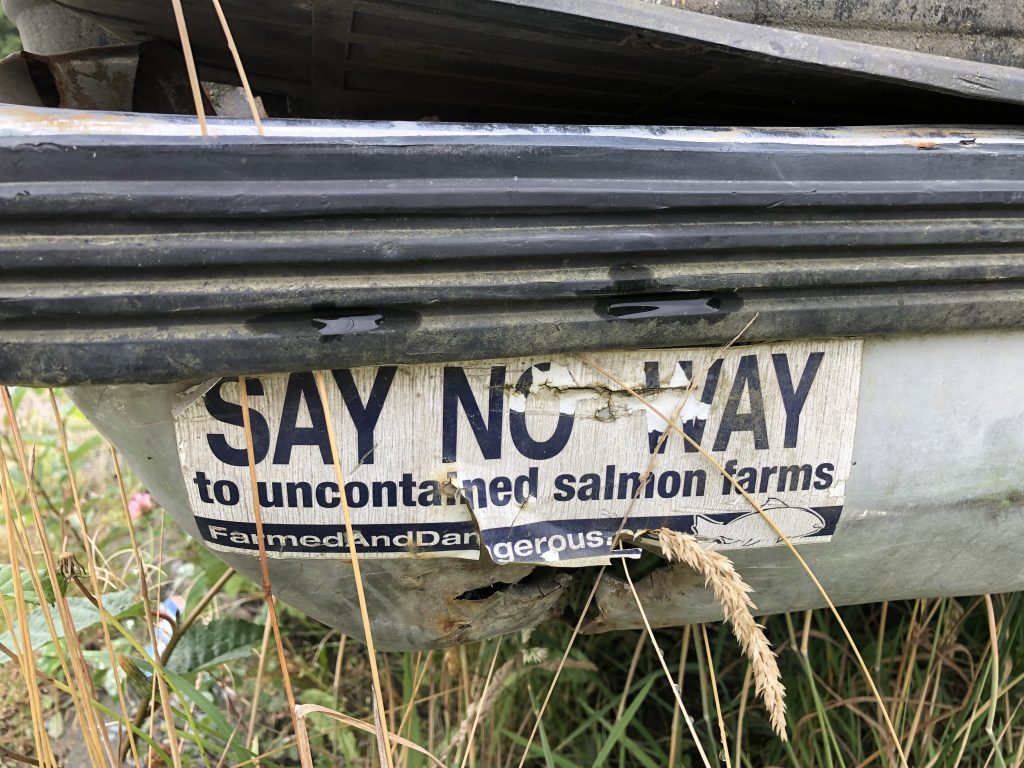 The B.C. salmon farms, over 100 of them, are located along migration routes for native fish stocks, and there is conclusive scientific evidence that fish farms provide ideal breeding conditions for parasitic sea lice. The lice attach themselves to juvenile native salmon; it takes only two or three lice to kill a young fish.

According to the Alaska Department of Fish and Game, “Wild salmon close to fish farms are 73 times more likely to suffer lethal sea lice than juveniles not adjacent to fish farms. A fish farm can also elevate the rate of sea lice infestation in salmon up to 40 miles from their pens. Sea lice can survive for about 3 weeks off their host—making transfer from farmed to wild salmon possible.”

Worse than sea lice, perhaps, up to 95 percent of open net-pen Atlantic salmon in British Columbia are infected with Piscine Reovirus, a highly contagious disease which can cause heart and skeletal inflammation in salmon. The strain of the virus found in B.C. fish farms is believed to have originated in Norway, introduced to the environment along with the farmed fish.

And yet, inexplicably, the Canadian government has pressed for regulations which would specifically allow disease-infected salmon to be introduced into B.C. net pens. Opponents of net-pen farms have been met with stonewalling in their attempts to obtain correspondence between industry and government scientists. 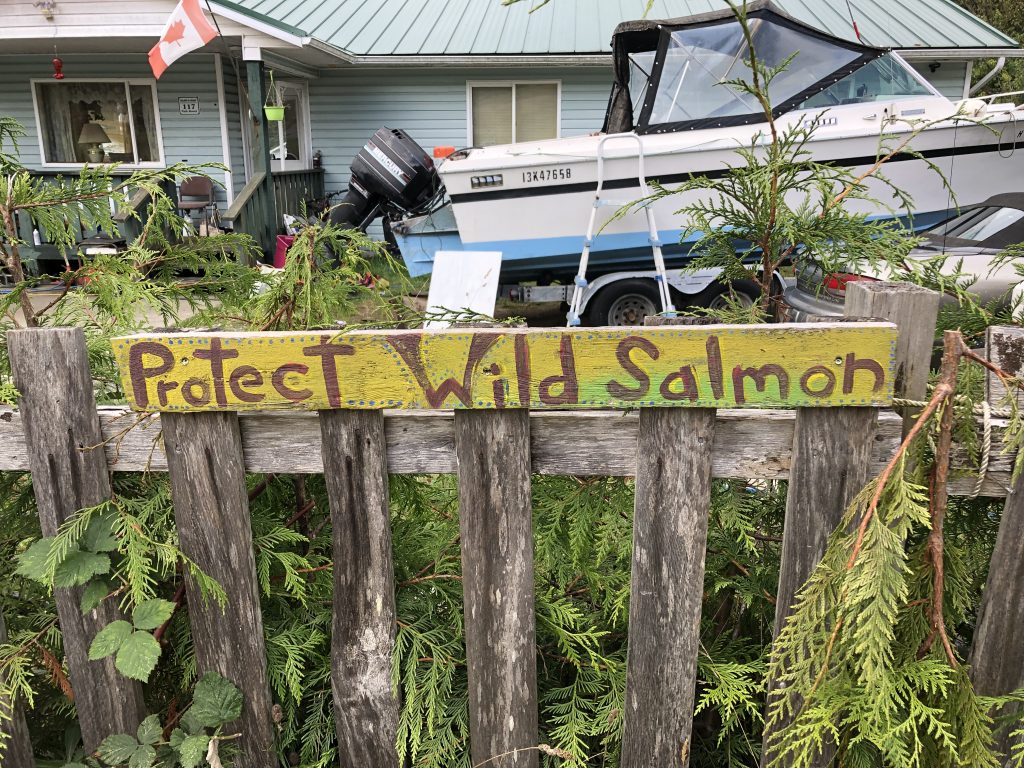 There are signs like this in villages up and down the B.C. coast. This one’s in Alert Bay

Salmon farming is big business, and you have to wonder if someone is getting paid off.

The many First Nations people I have spoken with along the coast this summer have expressed strong opposition to open net-pen salmon farming, which they see as a direct threat to their way of life. Salmon are at the heart of native spiritual and cultural practices, and are the most important subsistence resource for people who make their livings from the sea.

As of this date, Jonathan Wilkinson, Canadian minister of fisheries and oceans (along with Canada’s Coast Guard), has been unresponsive to their concerns about the hazards of net-pen salmon farming, local people have told me.

So before you buy that salmon filet, check where it came from. If it doesn’t say wild salmon, or if it says “Atlantic salmon,” don’t even think about buying it. You’ll be doing Mother Earth a favor; and besides, farmed salmon—treated throughout their lives with pesticides and antibiotics—doesn’t taste good.

Here are some photos Harvey took as we passed yet another net-pen operation in the Broughton Islands this week: 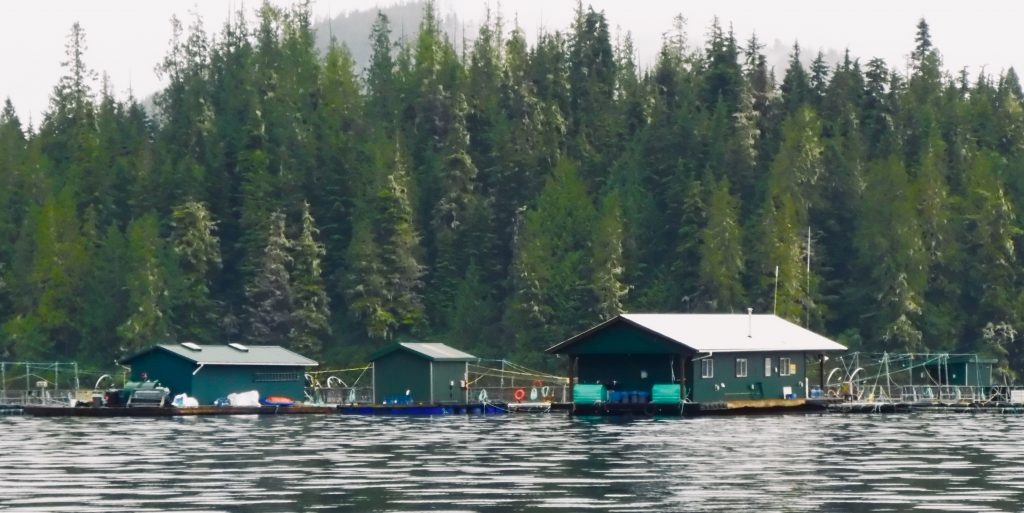 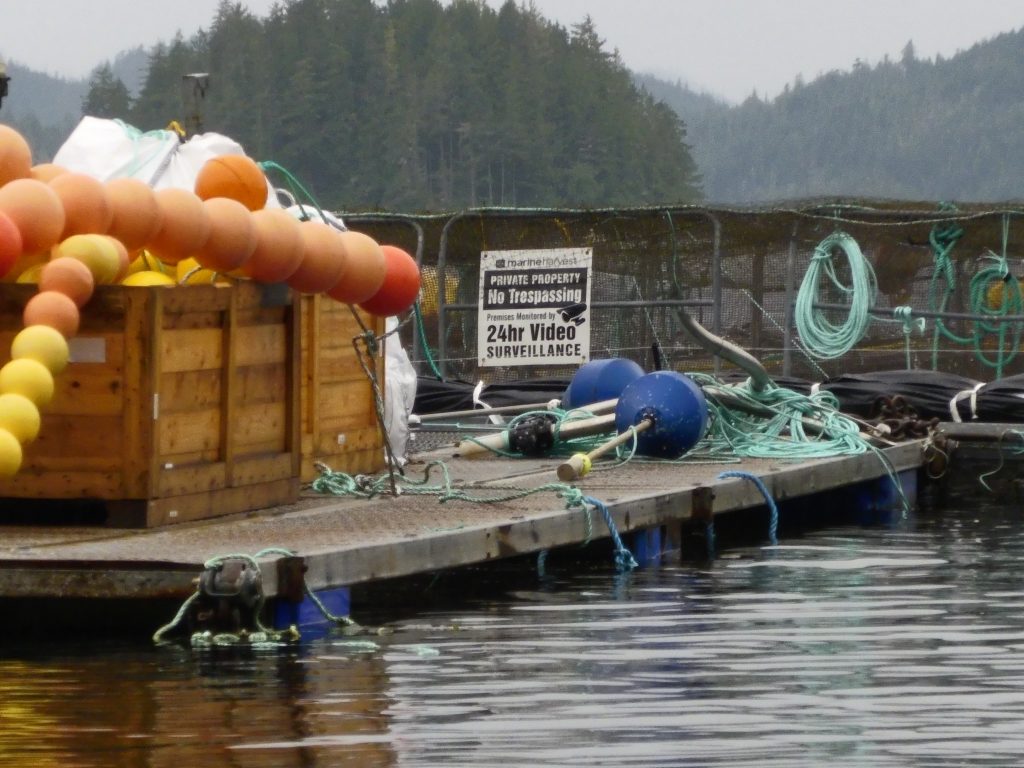 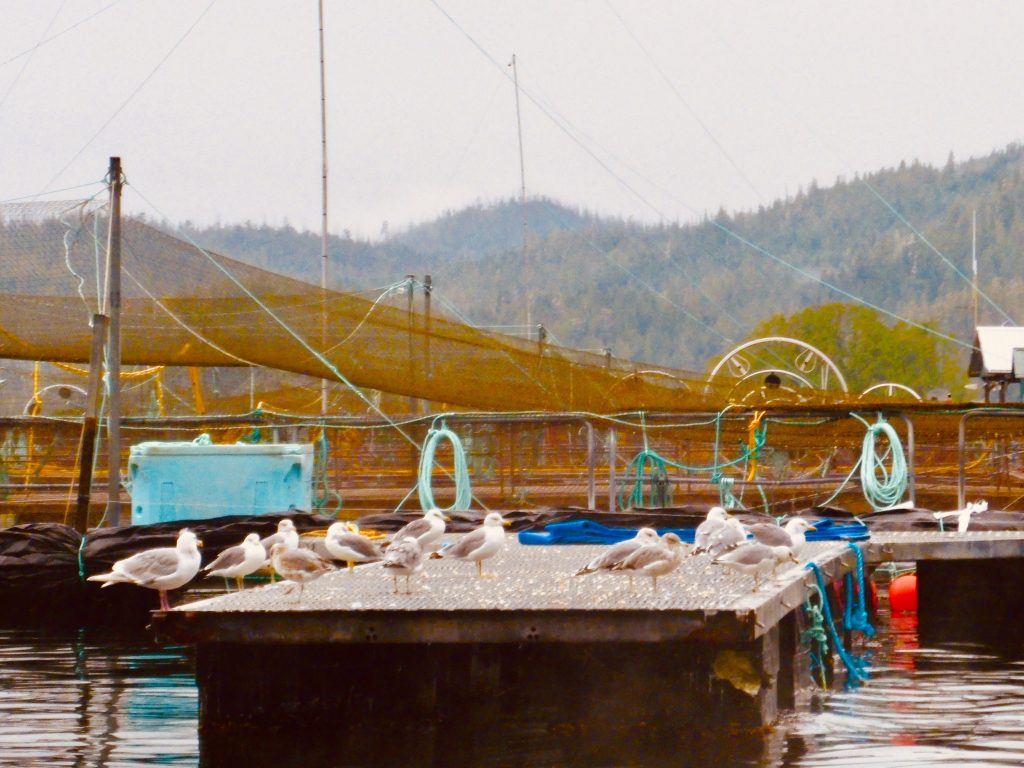