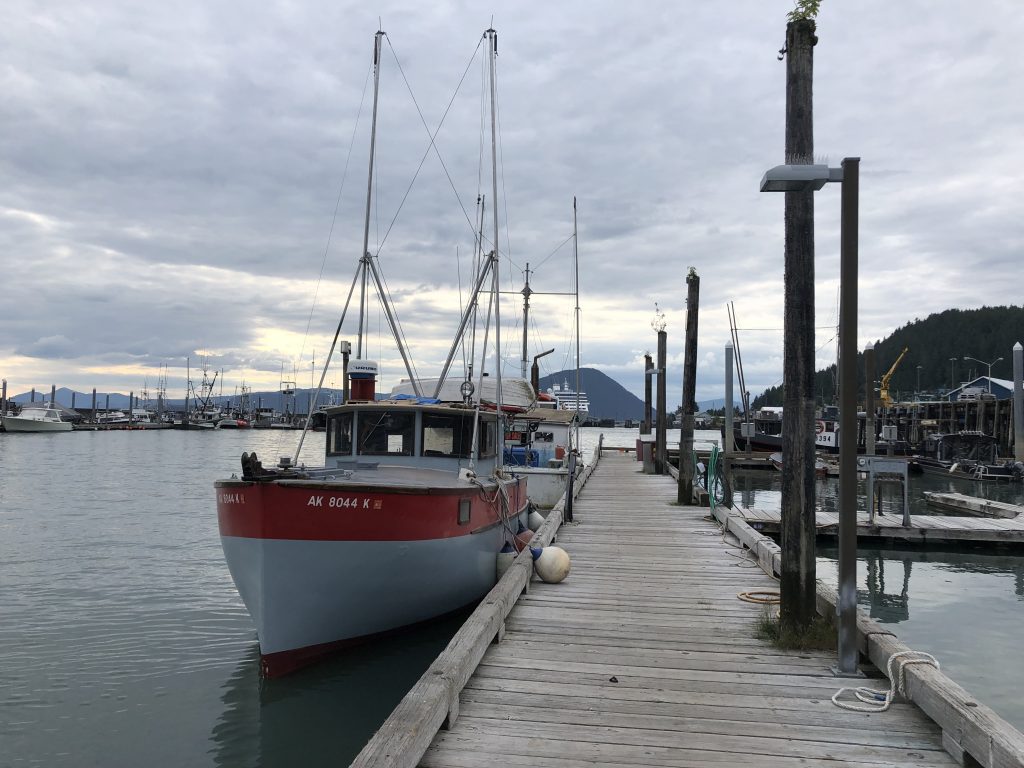 BEHIND US ON THE WRANGELL DOCK this afternoon was the 26-foot hand troller Mij. Her owner, 29-year-old Brittaney Schunzel was replacing a damaged rub rail.

Trollers pull long fishing lines behind them, attached to “troll poles”—outriggers—extending from either side of the boat. Power trollers, which pay more for their licenses, get to put out four lines and use mechanically powered reels to pull them in. Hand trollers are only allowed two lines, which they crank in by hand.

Trolling for salmon, by hand or power, is hard work. The fishing lines running from the troll poles are from nine to 28 fathoms long—a fathom is six feet—and shorter leaders with hooks at the ends are attached every nine feet. That’s as many as 36 lures on a hand troller, each of which may have hooked a salmon. 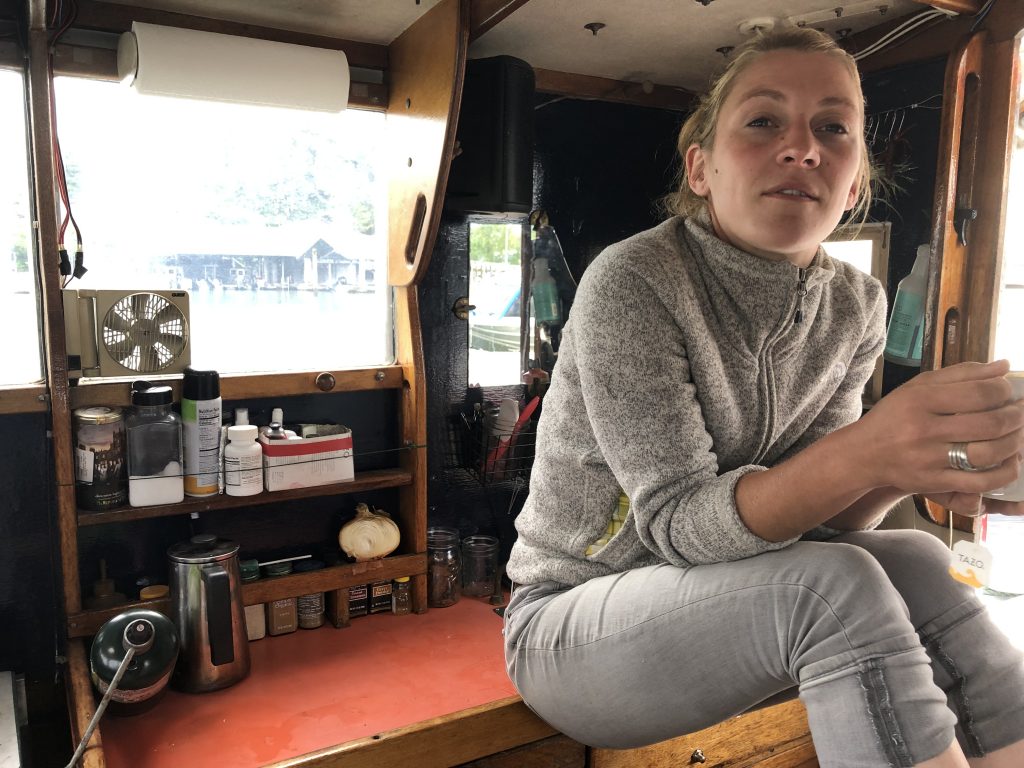 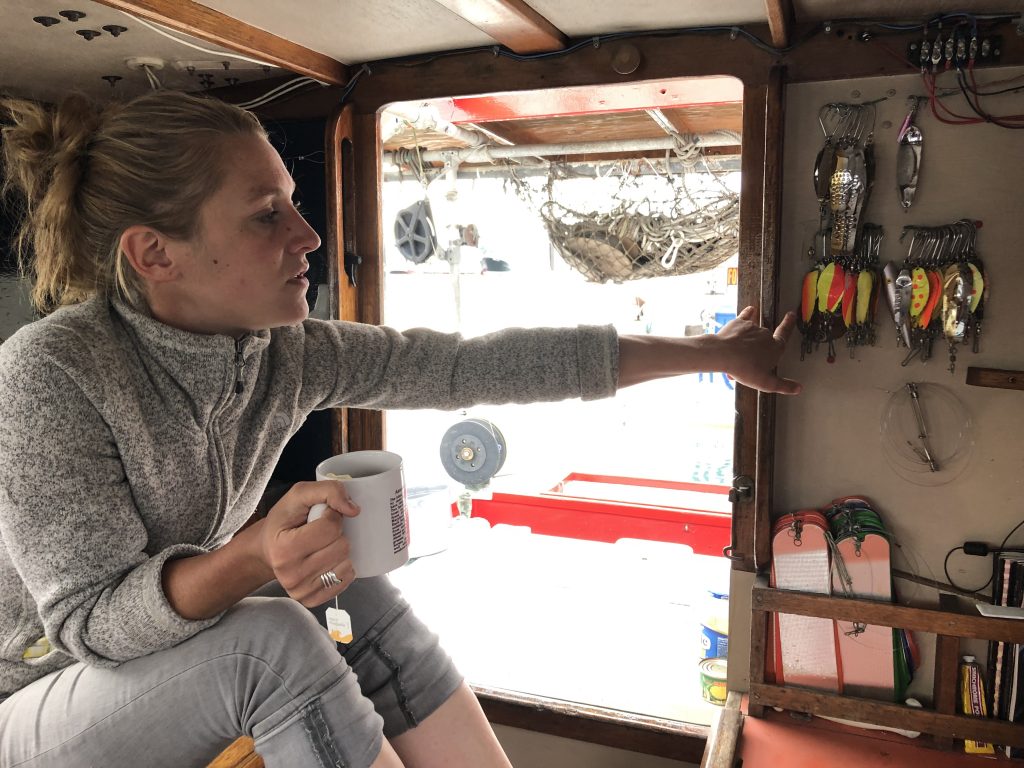 From July through mid-September Brittaney fishes for coho and king salmon, and she’s been making a living at it. Last year buyers were paying fishers $8.25 a pound for king salmon, and as much as $2.60 a pound for coho. She hopes this year’s prices will be as good as last’s; but this year her season will be cut short in August, when she’ll fly up to Anchorage to begin nursing school.

Will Brittaney be able to combine nursing and fishing? She hopes so. She loves her cozy, immaculate little boat and can’t even begin to think about selling her. Just maybe, she thinks, when school is done, she’ll be able to find nursing work in Wrangell, and live aboard Mij.

It makes me very happy to think Brittaney might be able to pull that off. 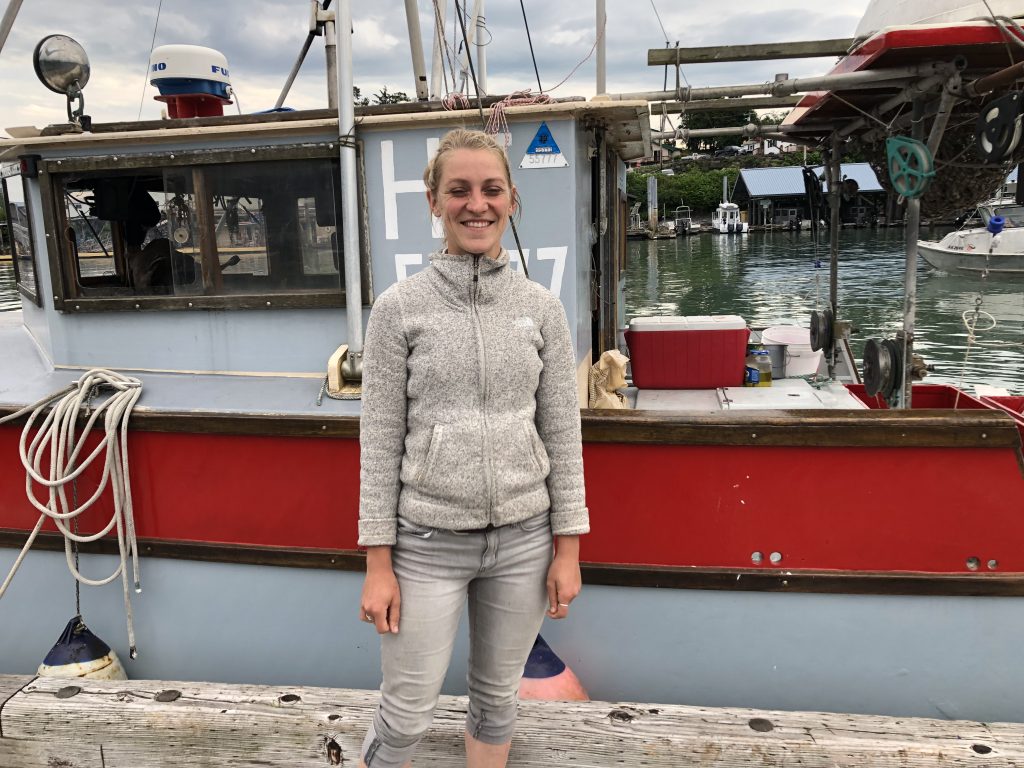 Since I last posted, Bill and I have motored from Knutson Cove to anchorages at Meyers Chuck (where longtime resident Cassy delivered her delicious homemade cinnamon rolls right to our boat), Thorne Bay and Anan Bay last night (where we saw our first brown bear.)

Along the way we have also seen: 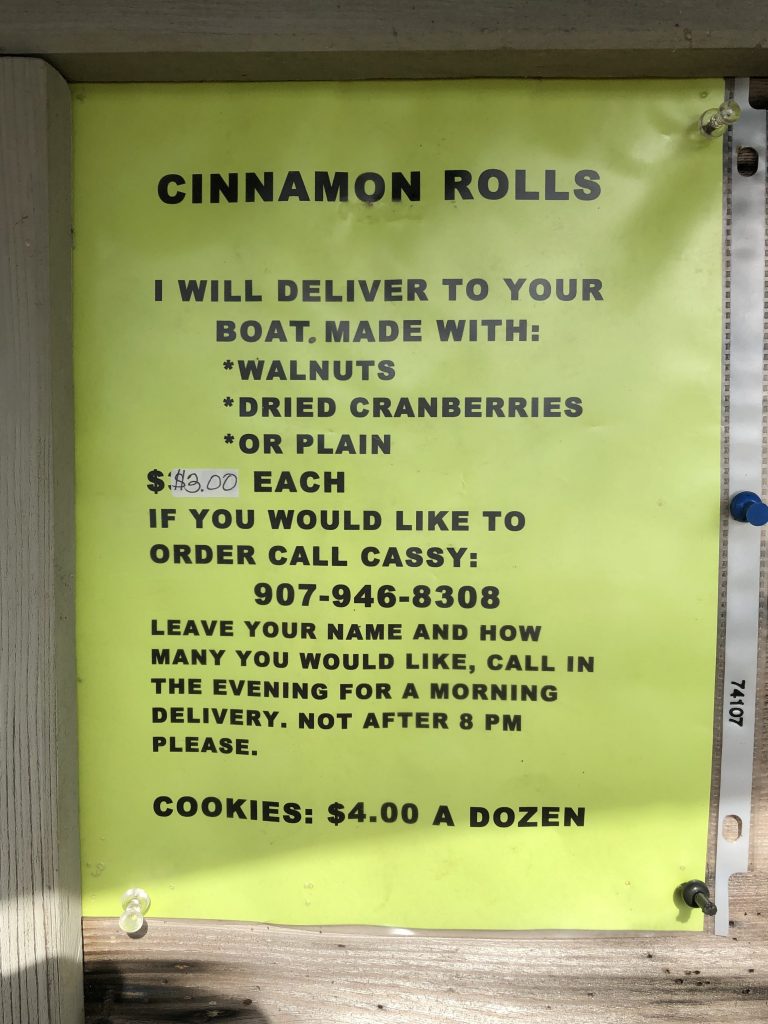 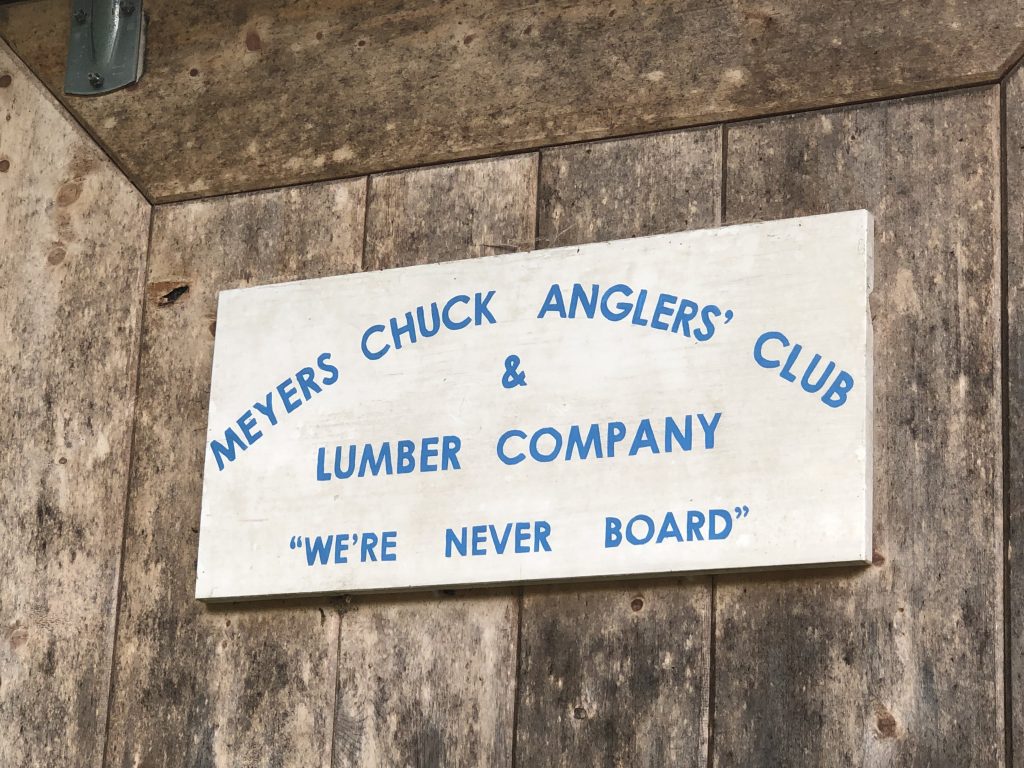 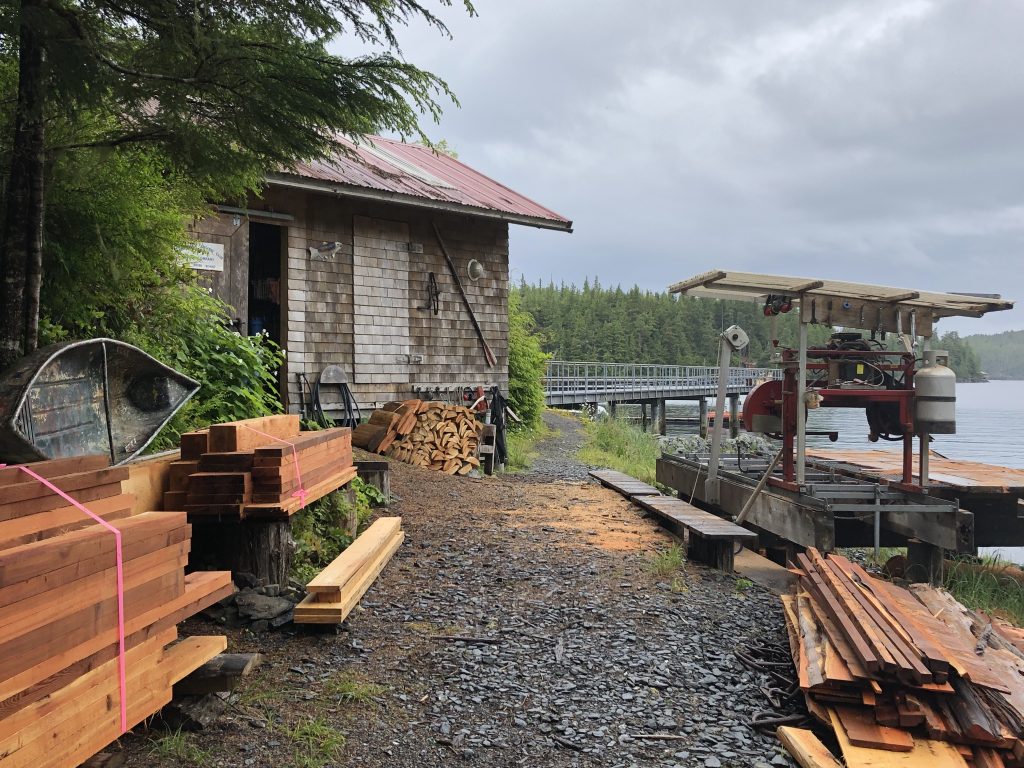 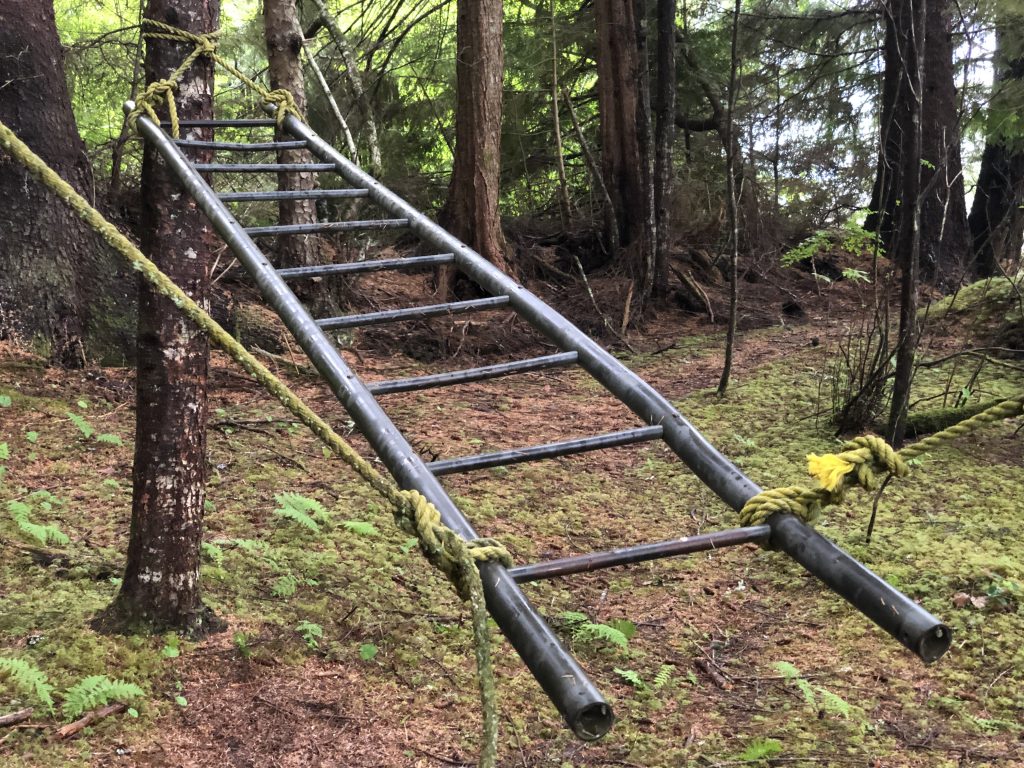 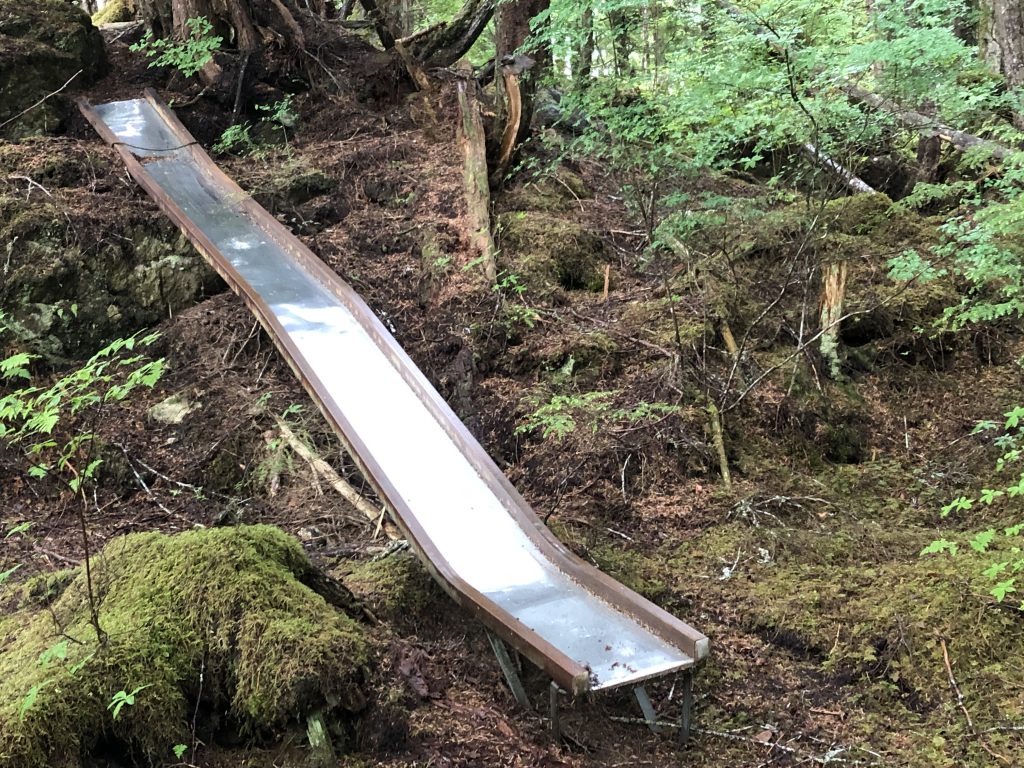 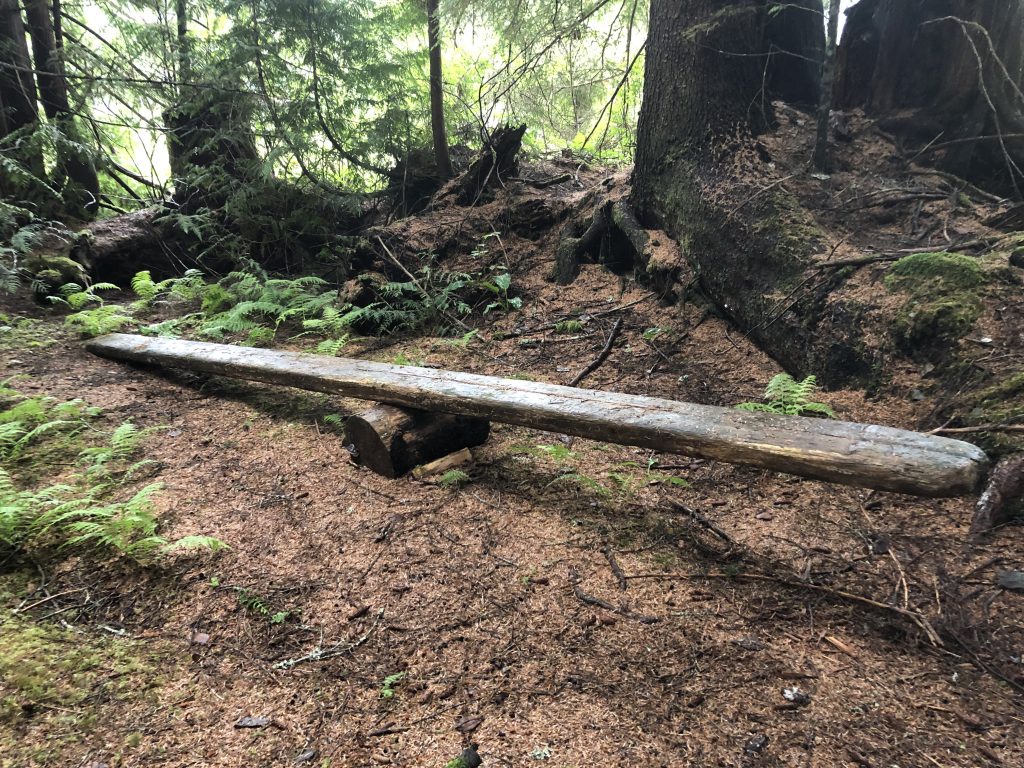 … and a teeter totter 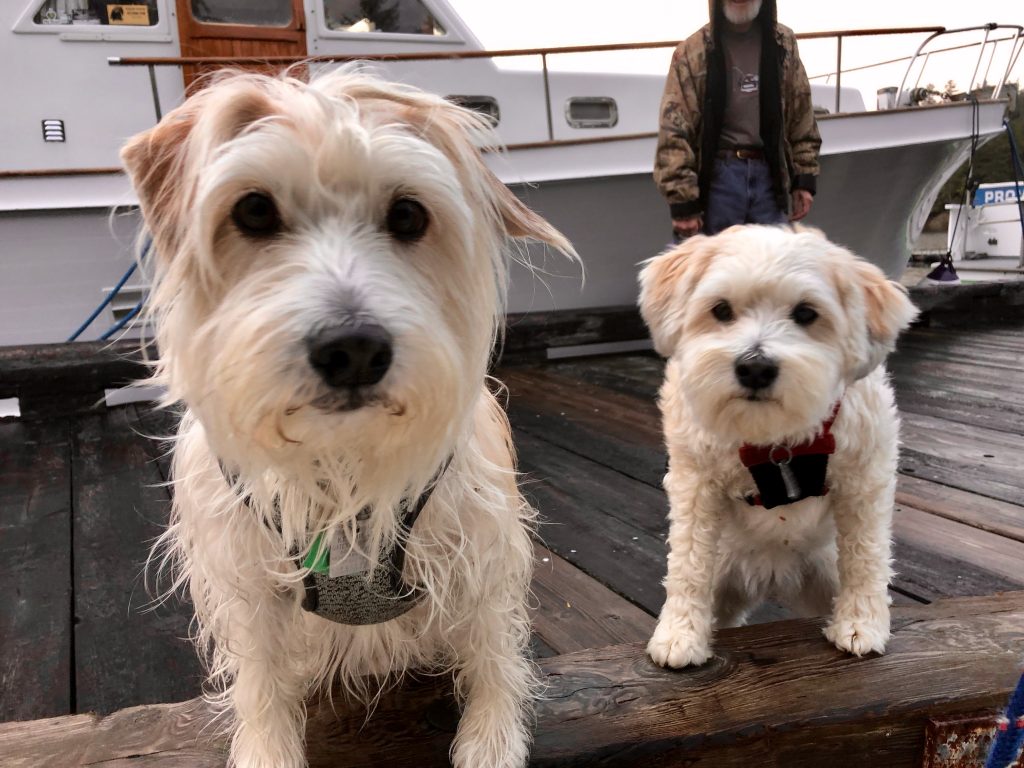 Visitors at the Meyers Chuck Dock 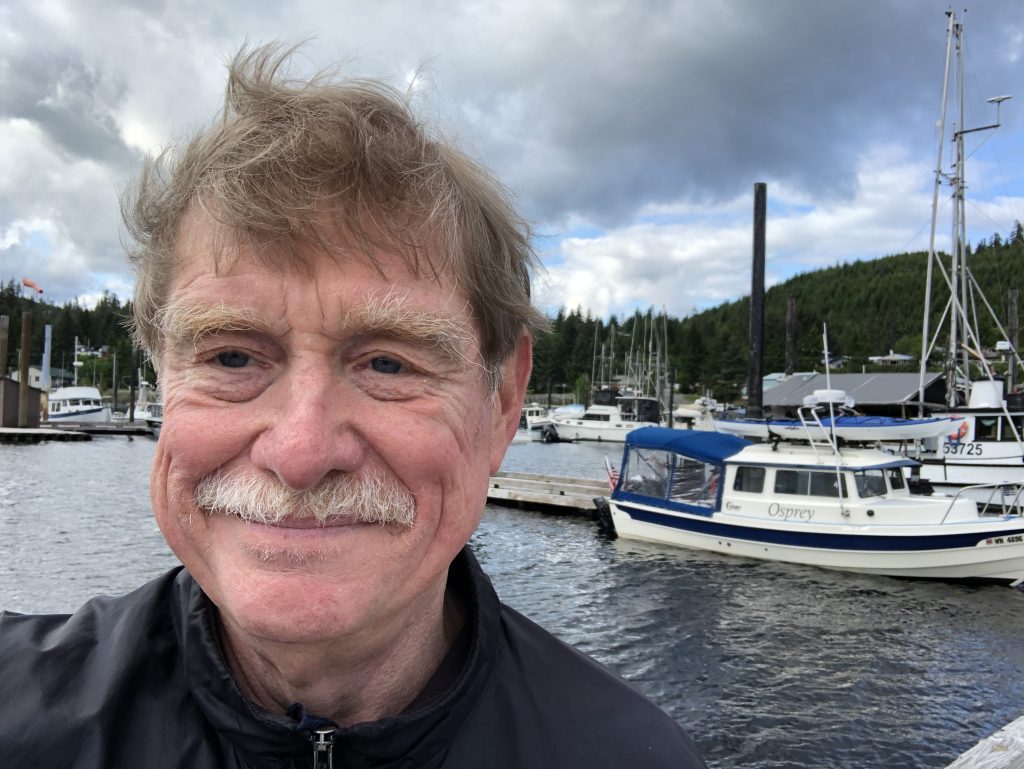 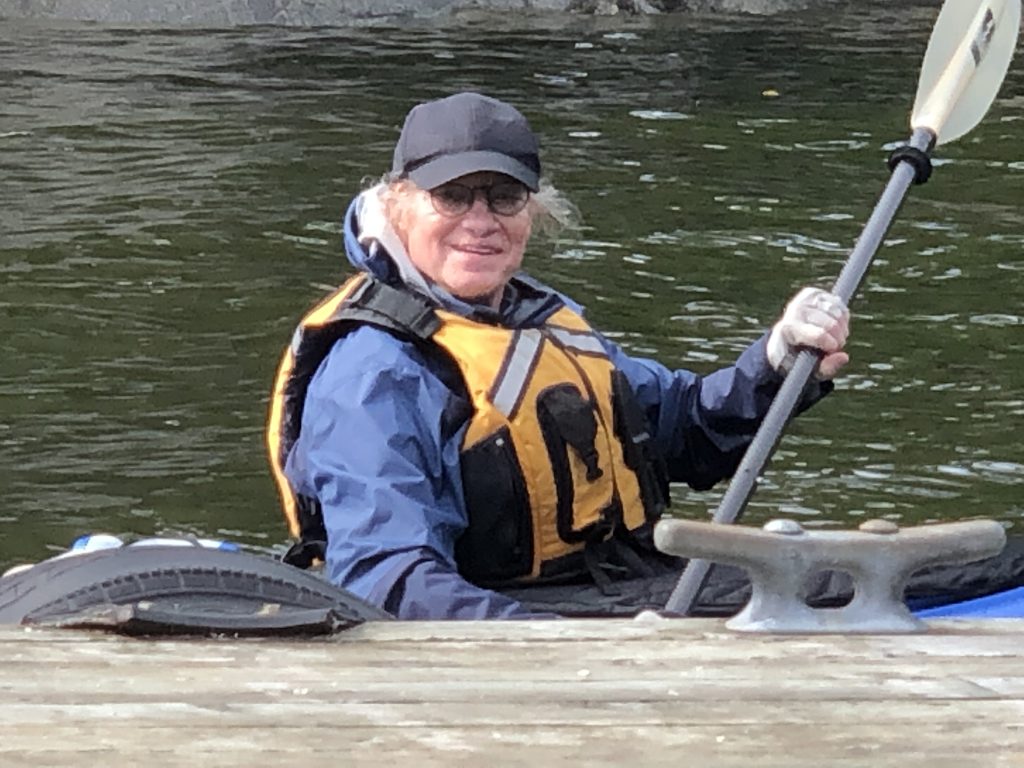 Bill launching from the float at Anan Bay 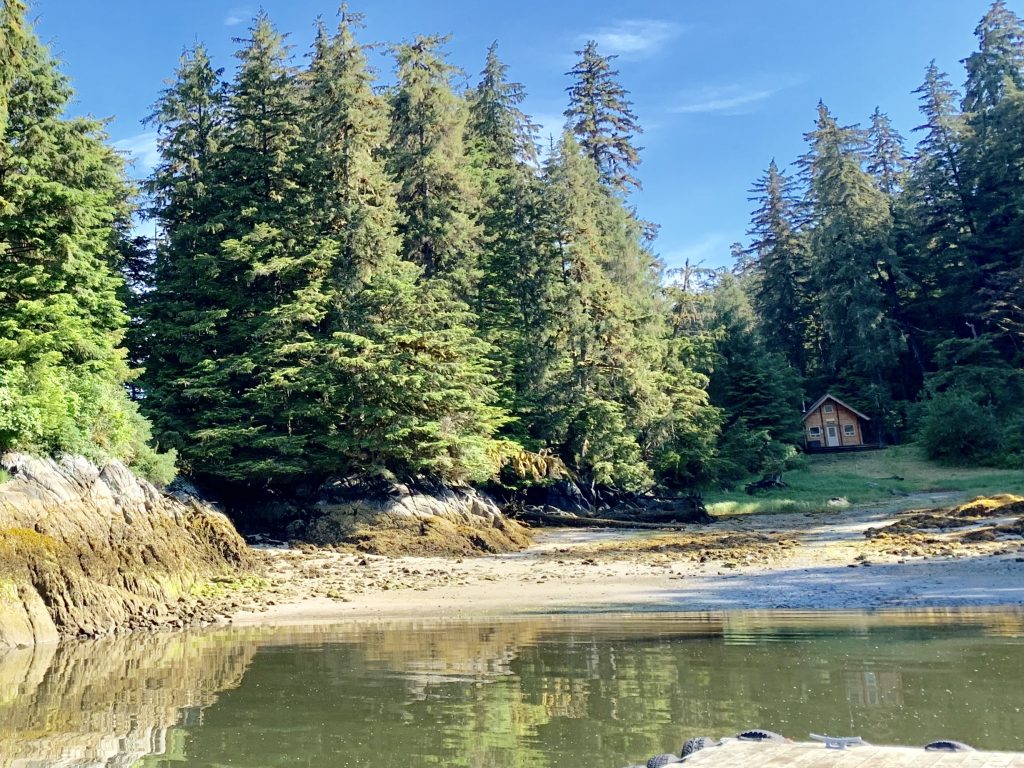 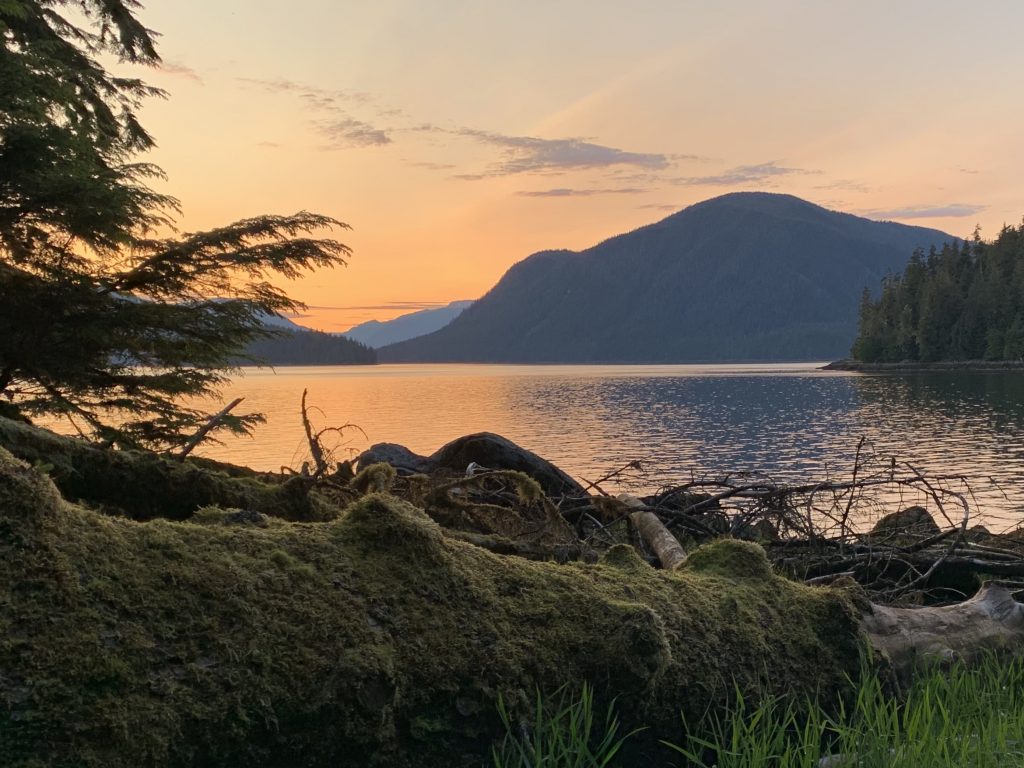 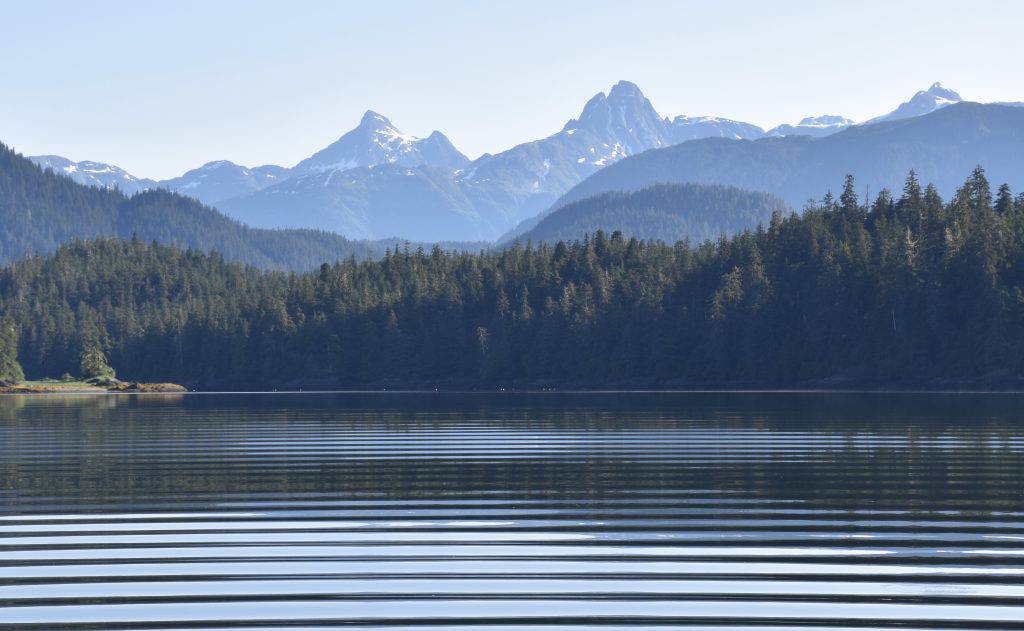 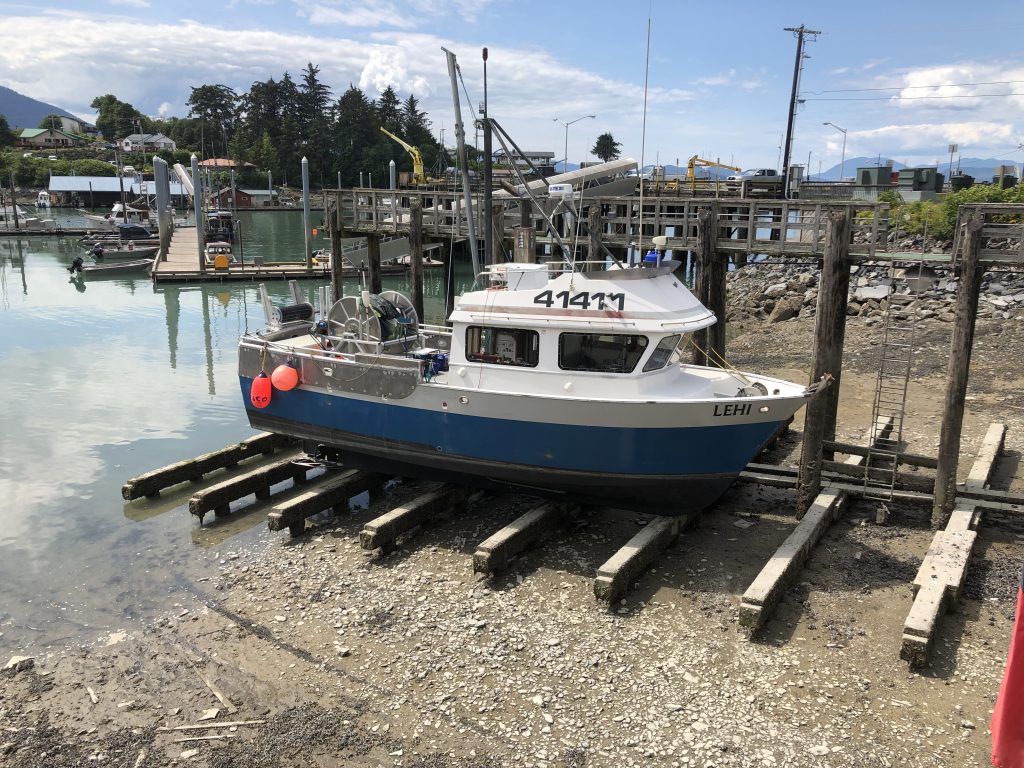 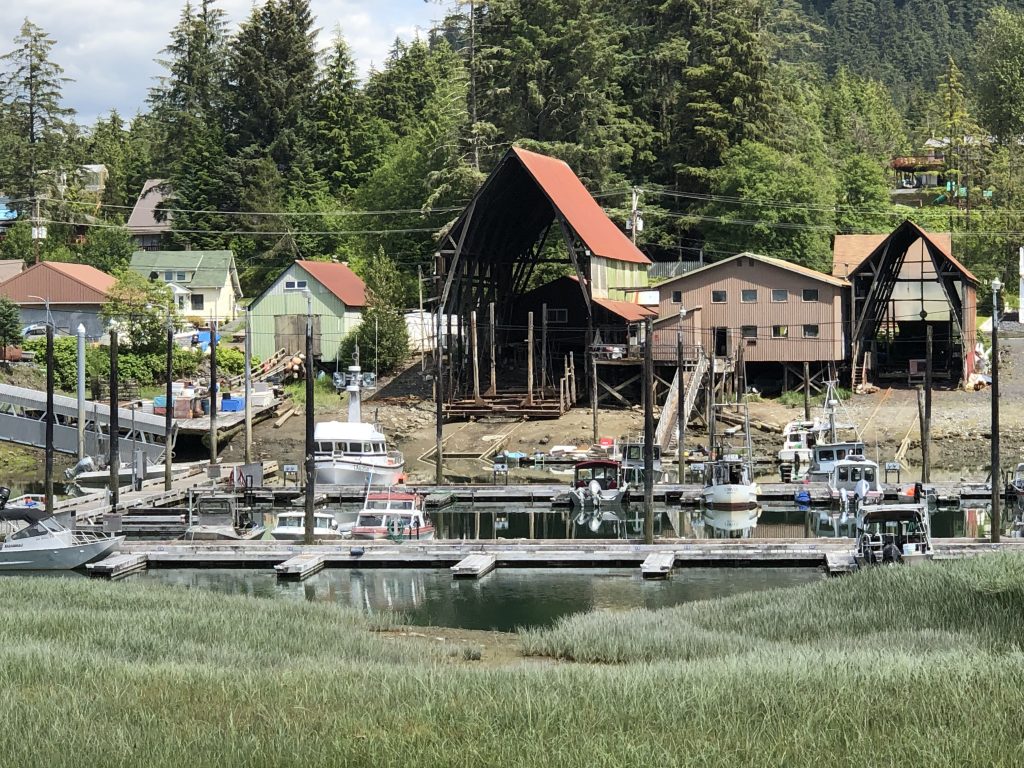