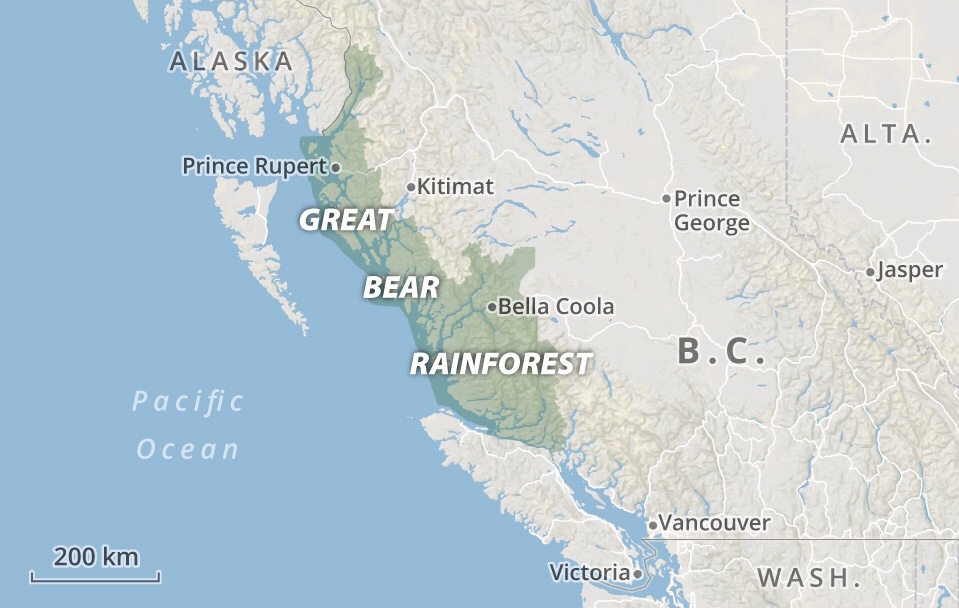 FROM THE TIME I CROSSED FROM ALASKA INTO CANADA, across wide Dixon Entrance, I was in the “Great Bear Rainforest.” The name, a public relations masterstroke, was coined in a San Francisco restaurant one night in the late 1990s by environmentalists working to protect one of the world’s last great temperate rainforests.

“We wanted people to hear the name and be mad as hell that anybody could turn it into toilet paper,” one  of the activists wrote in a later memoir. Local residents reportedly were not consulted in the naming, but it appealed to the media and general public, and it stuck.

After a well-funded international campaign, targeting big lumber suppliers like Home Depot, the British Columbia government threw in the towel. In 2016 the prime minister declared 85 percent of the rainforest off limits to commercial logging. Depending on which website you want to believe, the protected area encompasses most coastal areas of northern B.C., and is between 12,000 and 22,000 square miles in size.

(If I’m getting any of is wrong, please let me know and I will make appropriate corrections.)

For the past two weeks, I have been slowly working my way down the outer coast of the rainforest, among dozens of archipelagos, hundreds of islands, with winding passages leading out to the ocean. Three of these outer islands are home to a rare subspecies of black bear—the Kermode or spirit bear (Ursus americanus kermodei). Ten to 20 percent of Kermode bears here—from 100 to 500 individuals—are white and I had hoped I might see a white spirit bear. But not this trip; I’ll have to come back.

This place is sacred to the indigenous people whose home it has been for thousands of years. And now it’s sacred to me.

Here’s some of what I saw along the way: 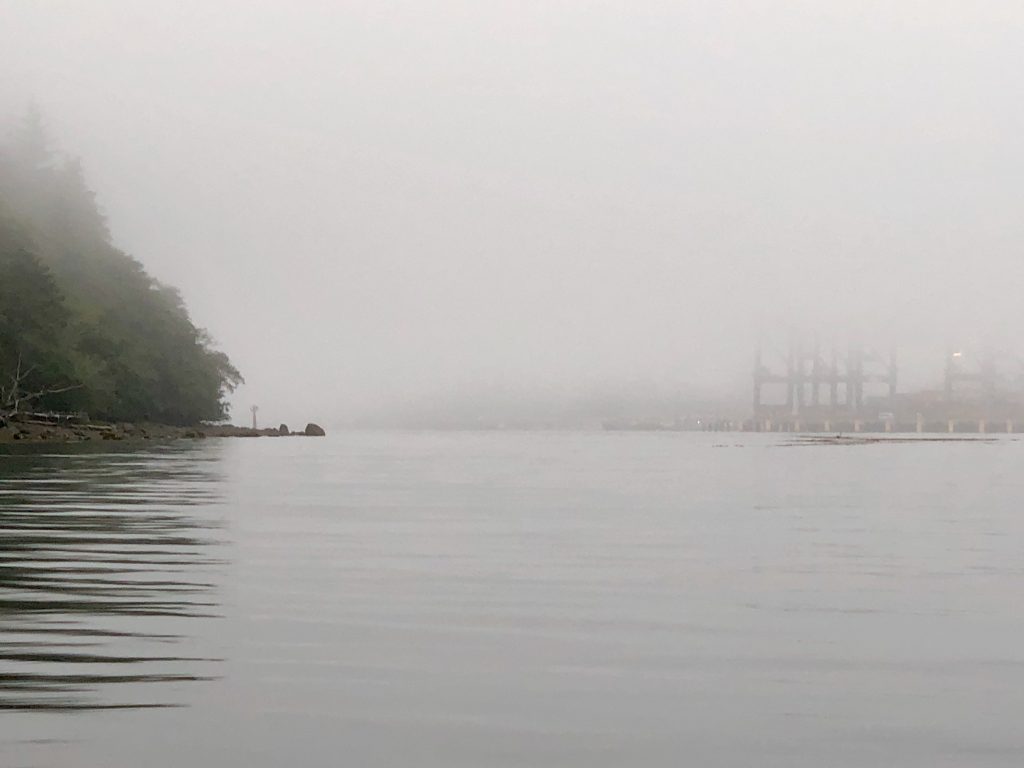 Prince Rupert docks in the fog, from Casey Cove 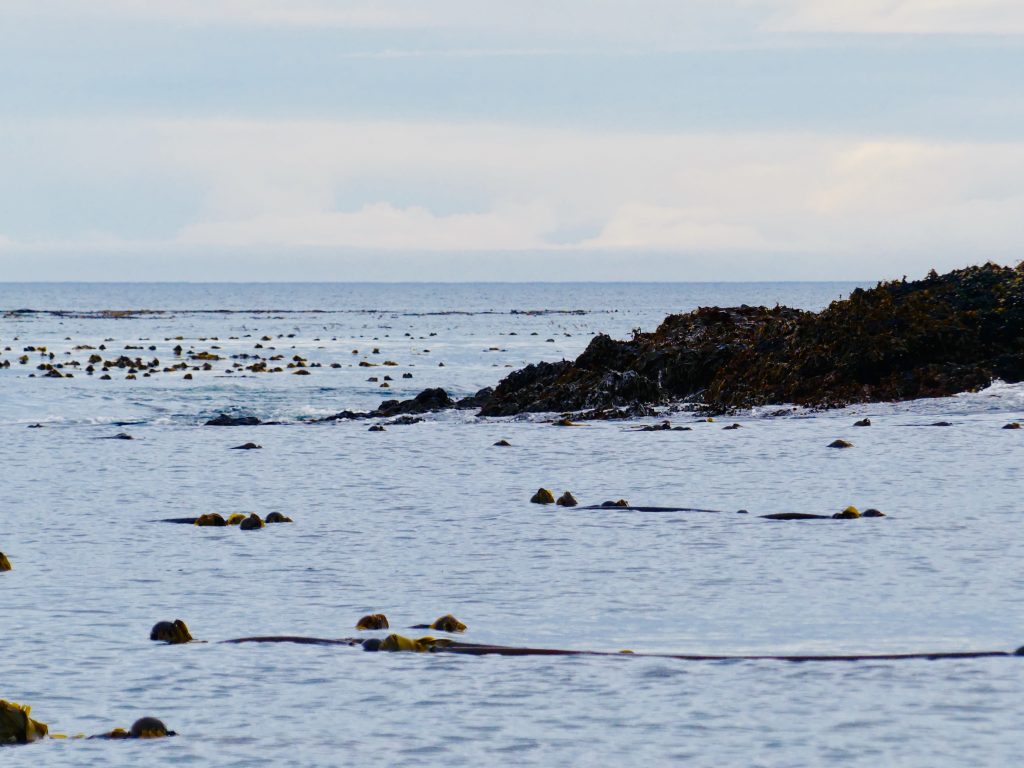 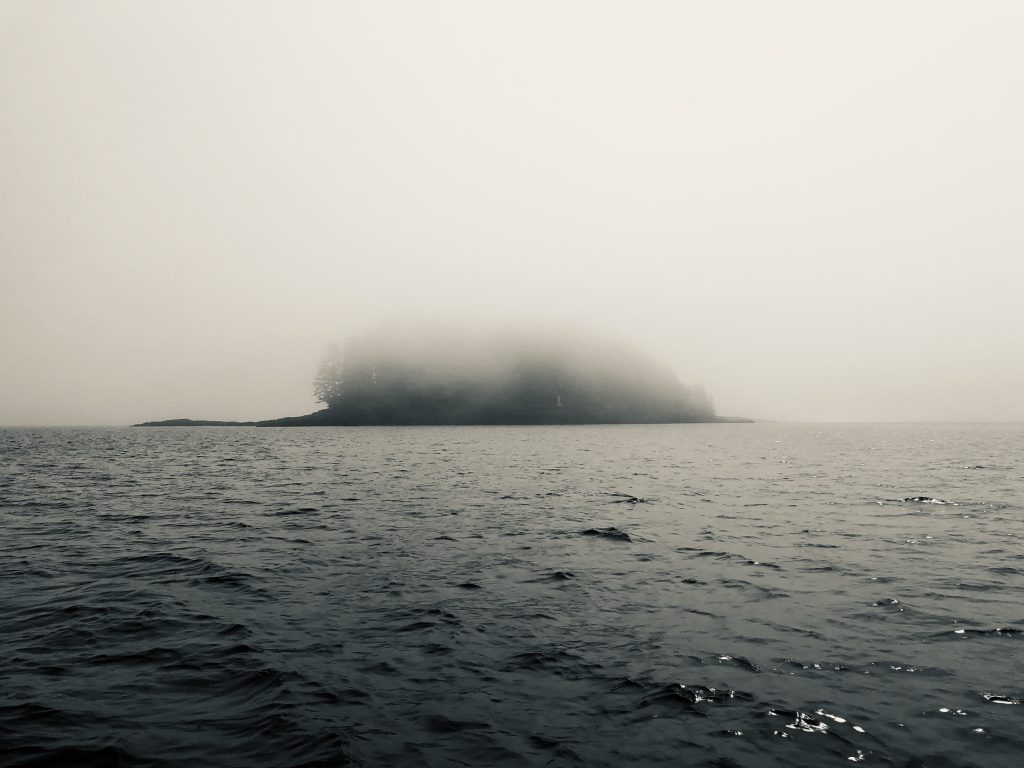 Fog rolls in on the outer coast 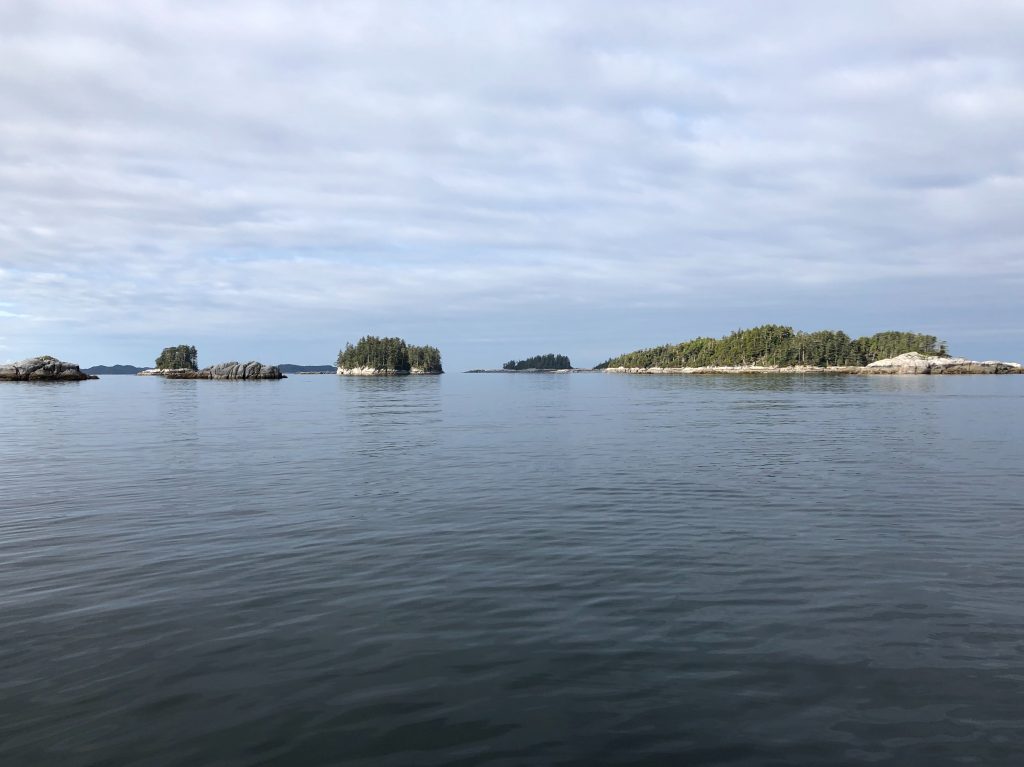 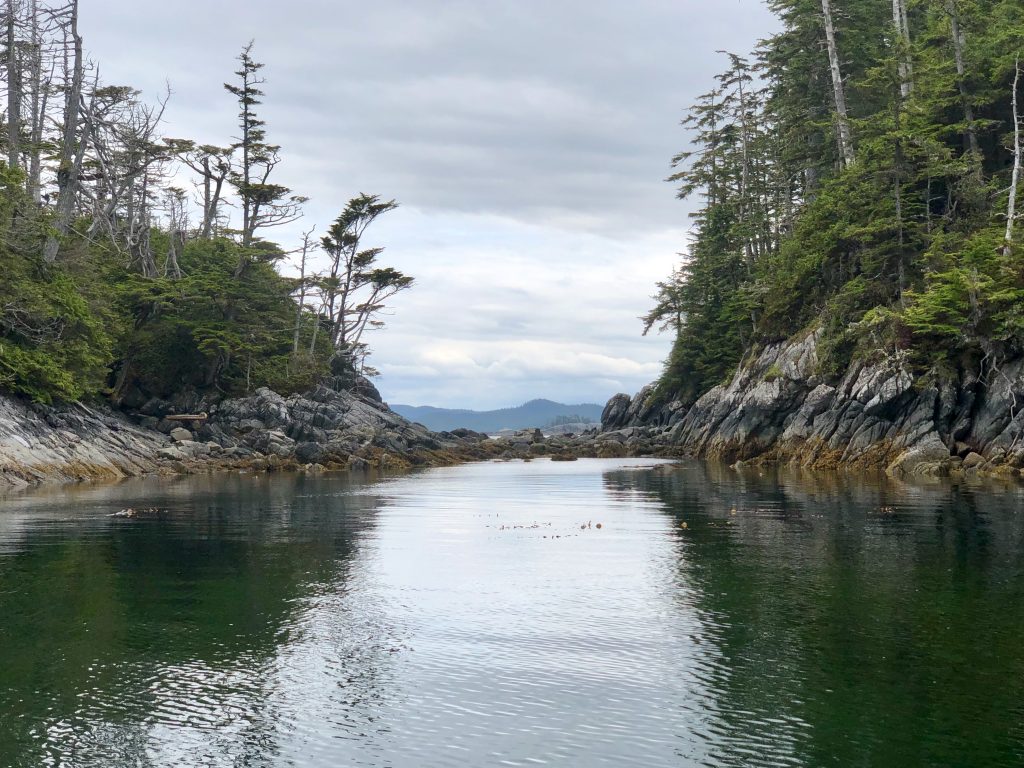 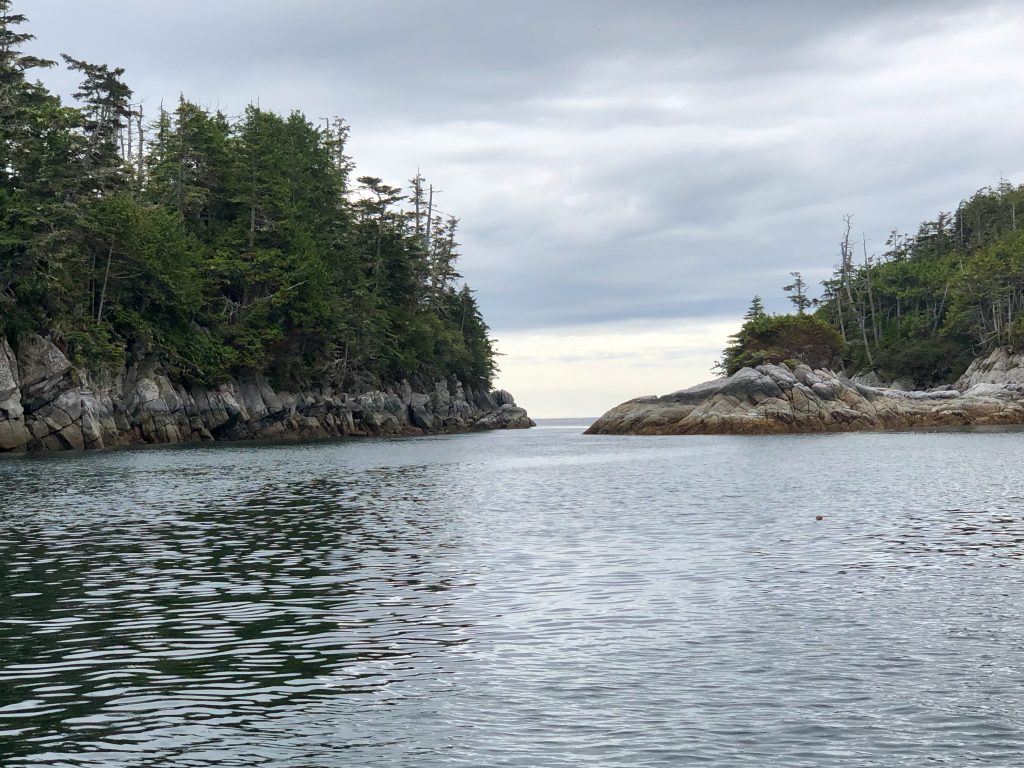 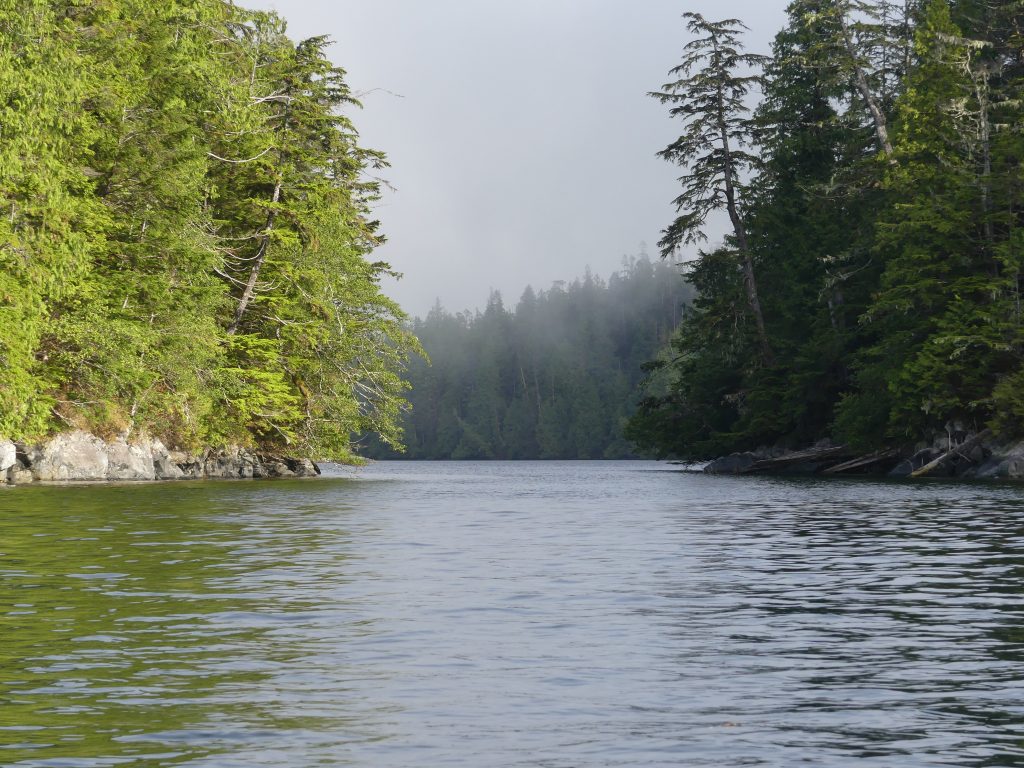 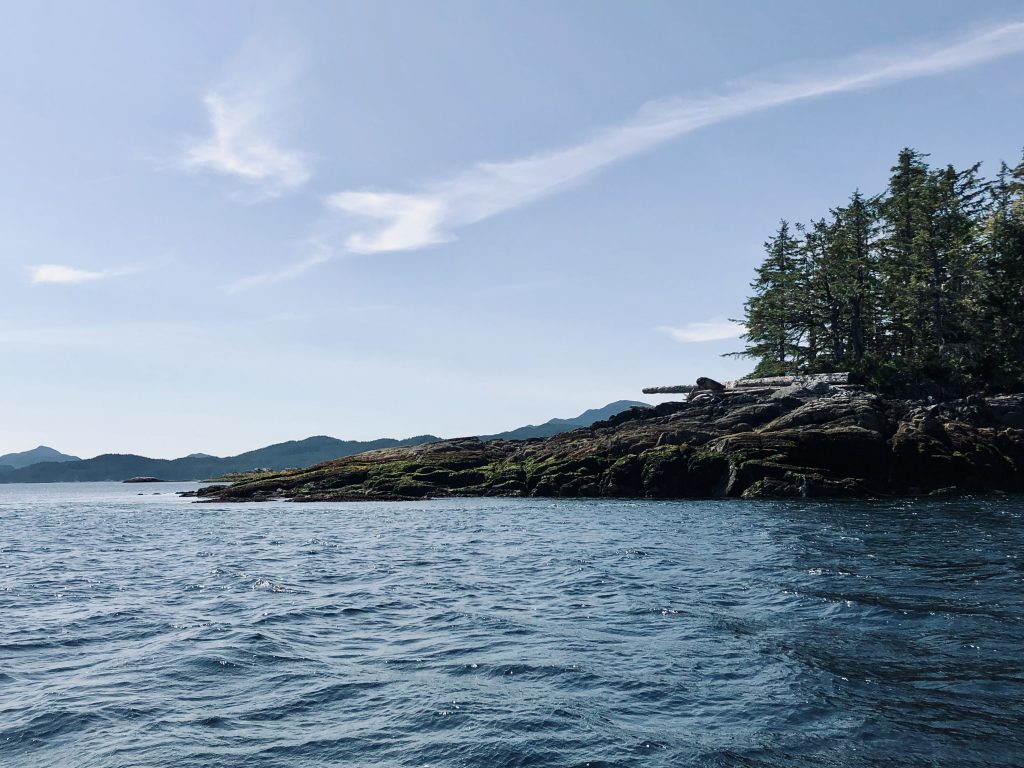 Sometimes with the assistance of lighthouses … 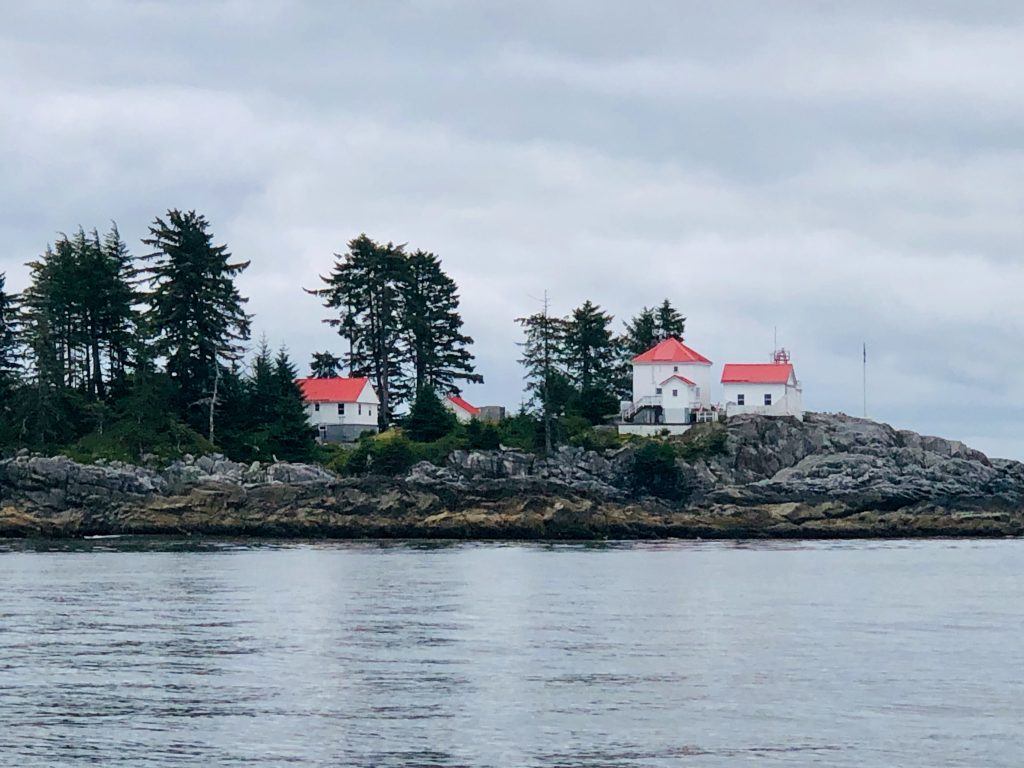 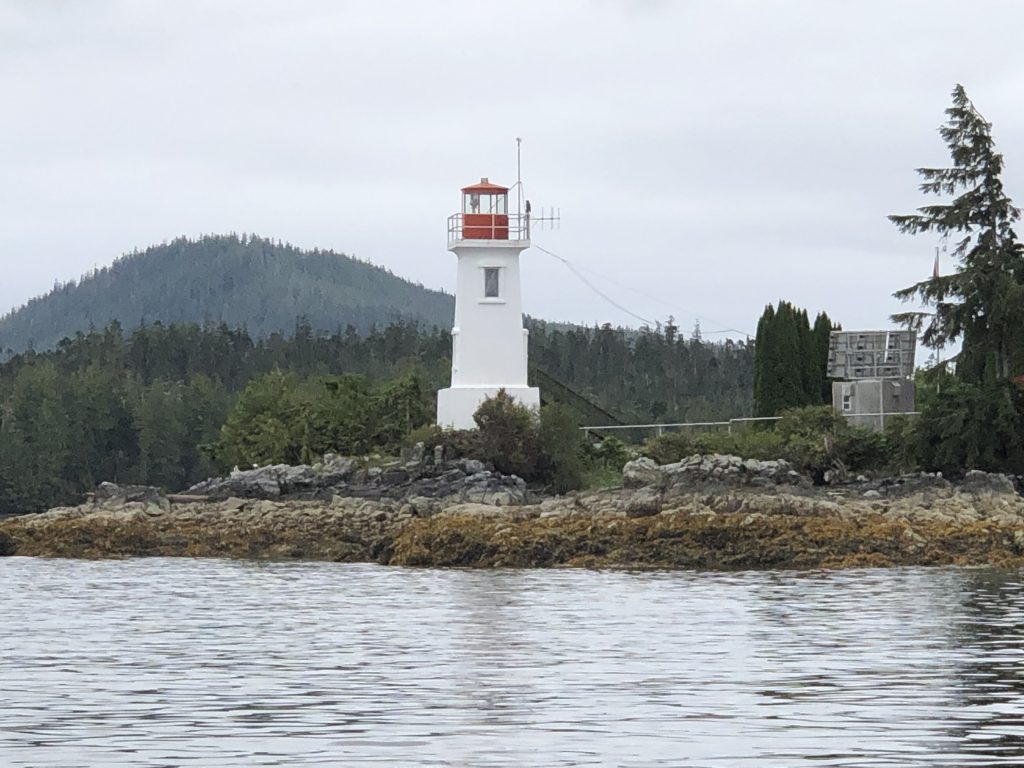 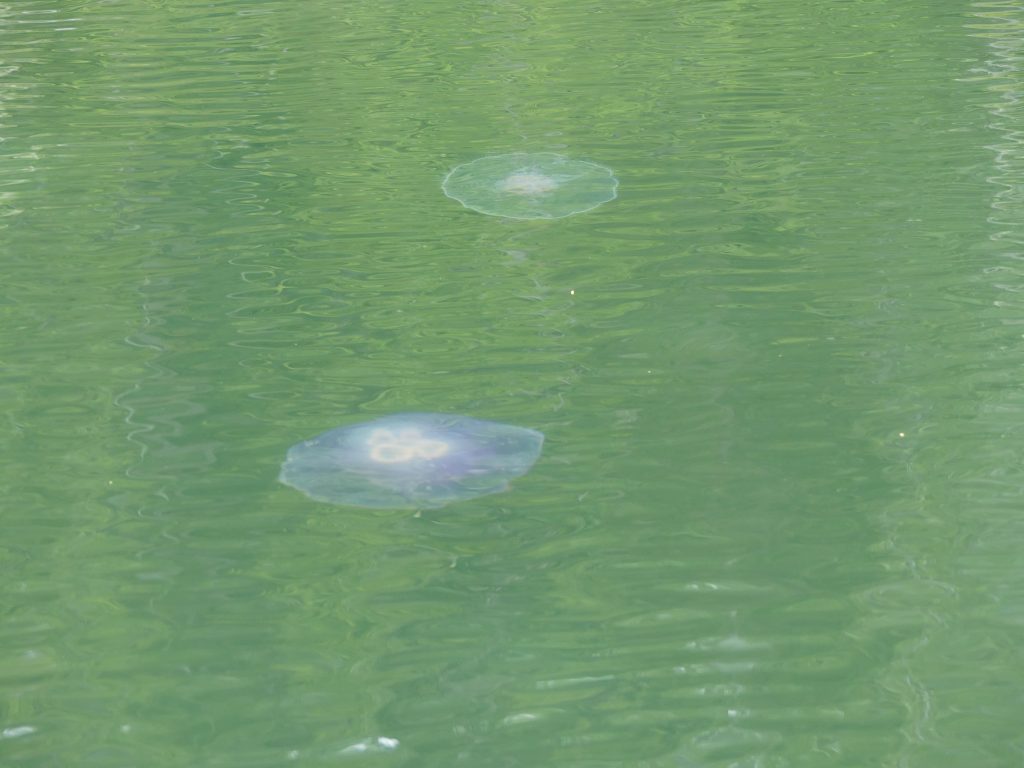 A jellyfish nursery at Lewall Inlet (look very closely, there are several) 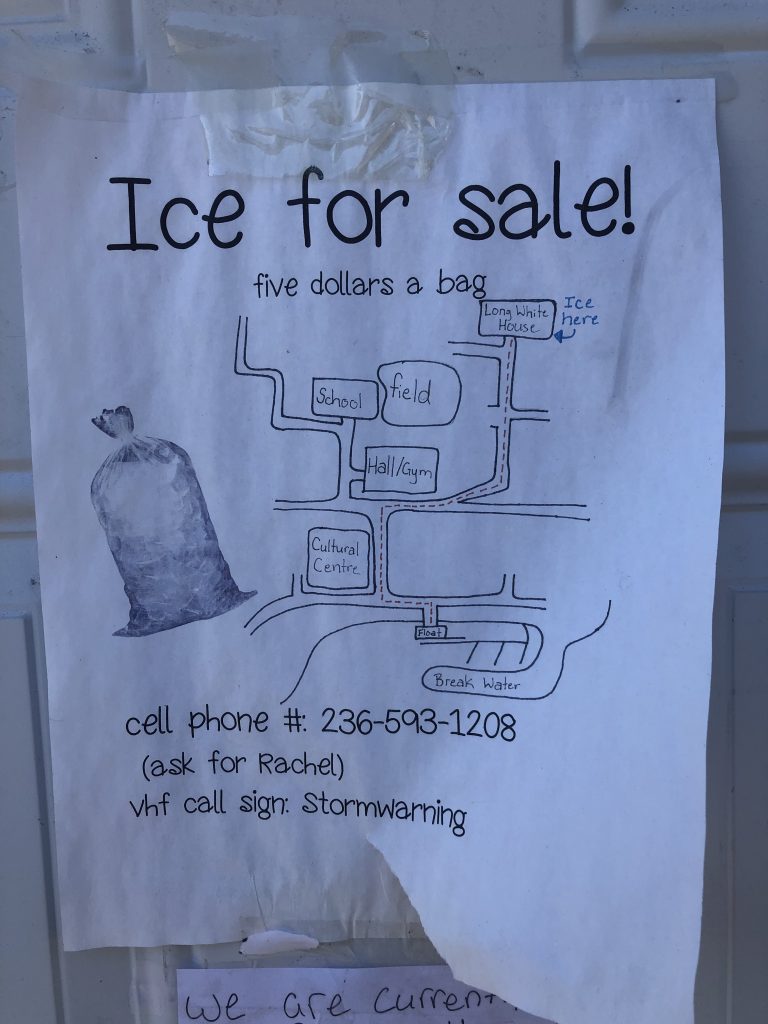 Ice for sale at Klemtu 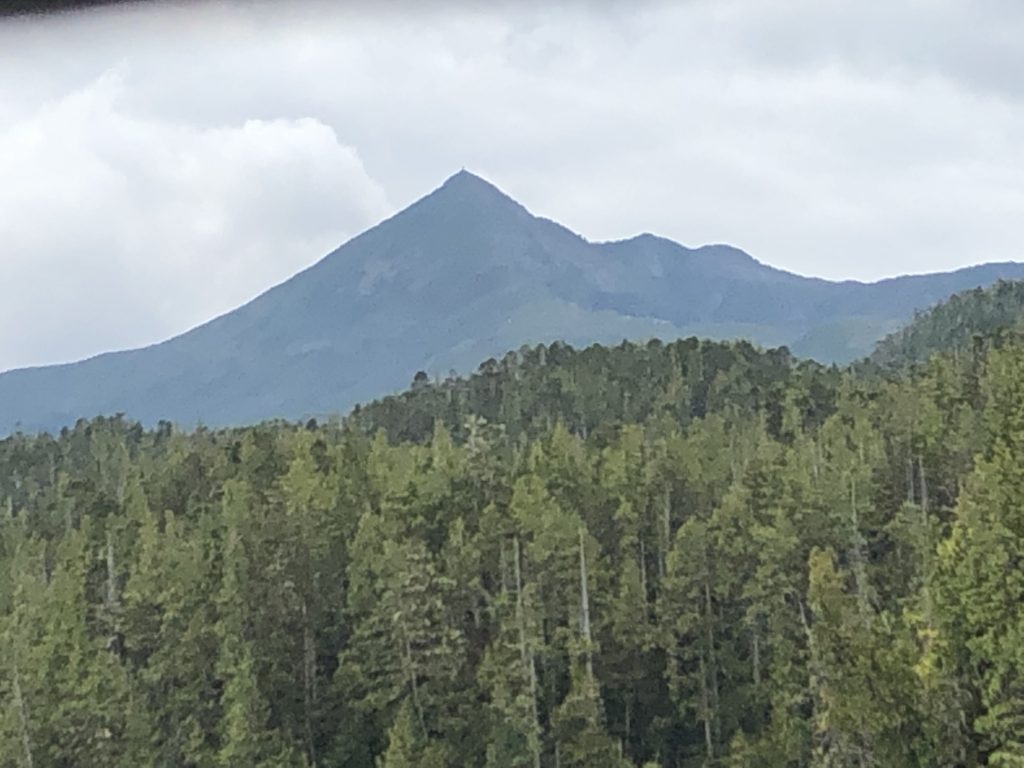 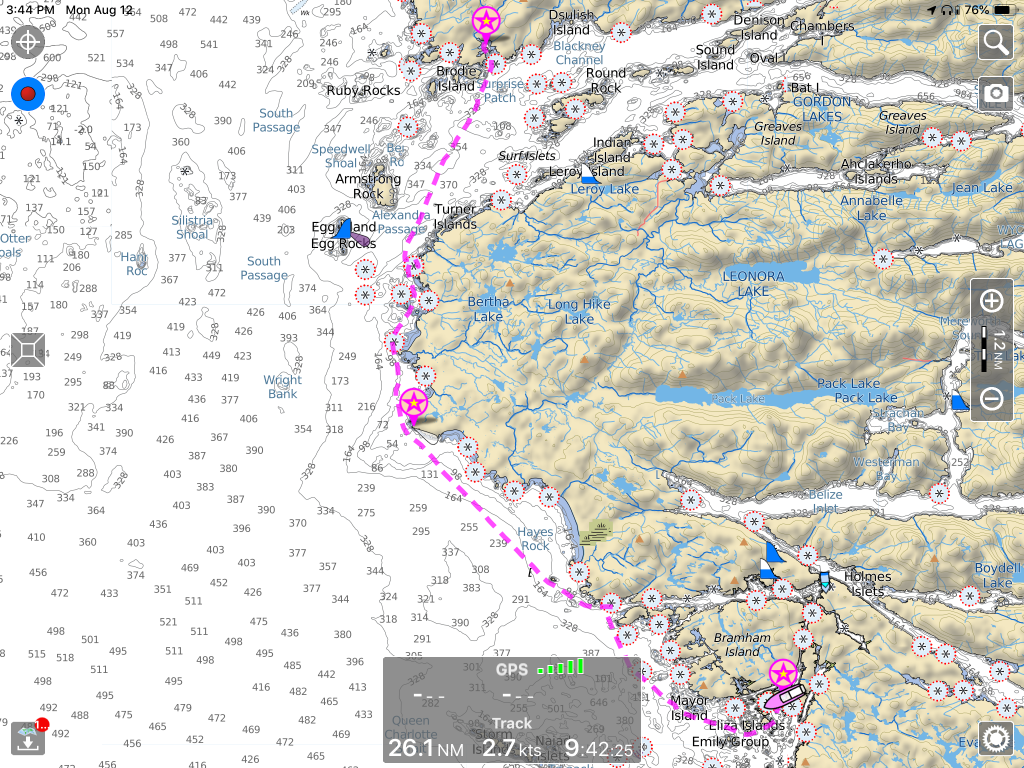 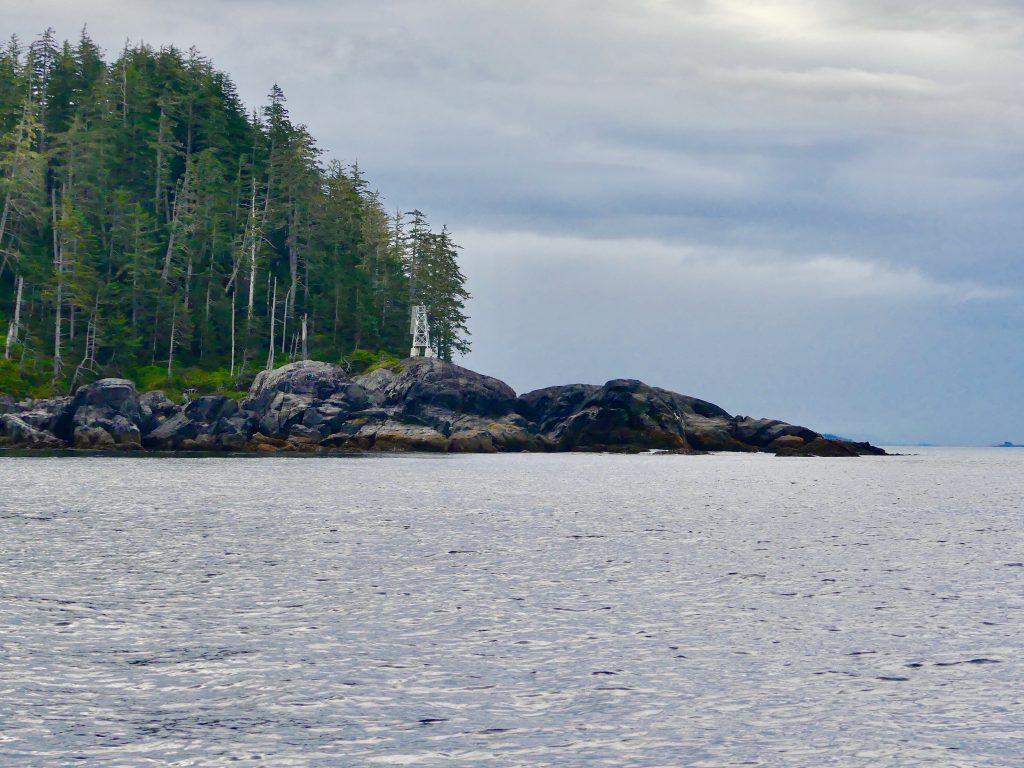 And into Murray Labyrinth, where it was time for reflections. 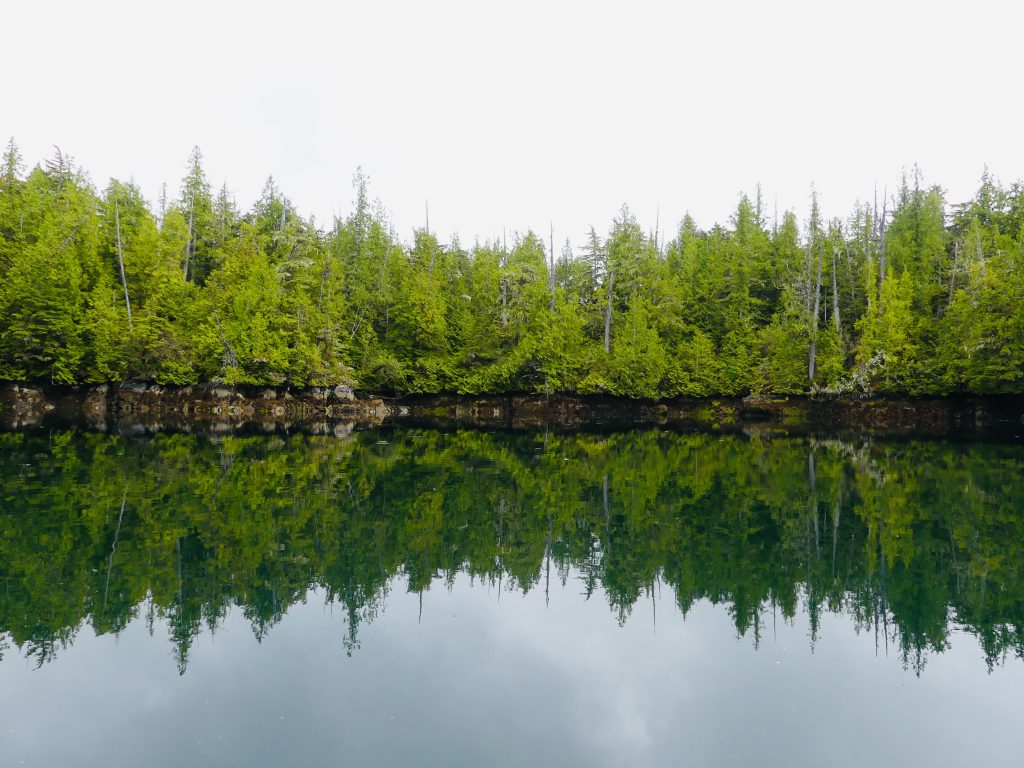 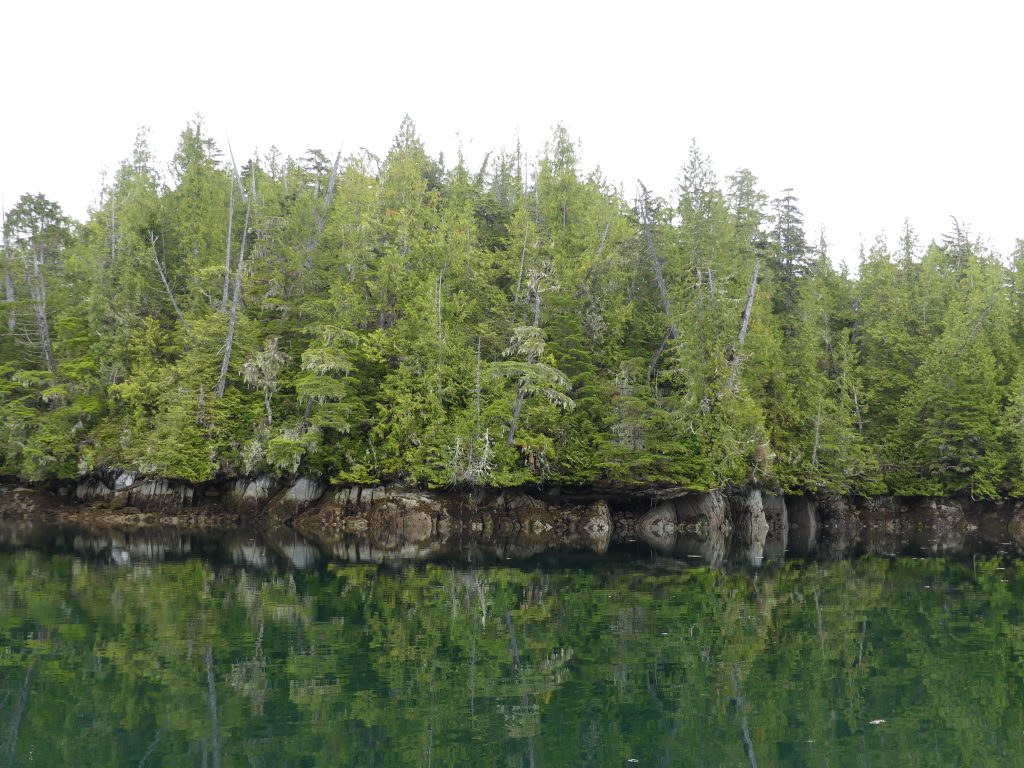 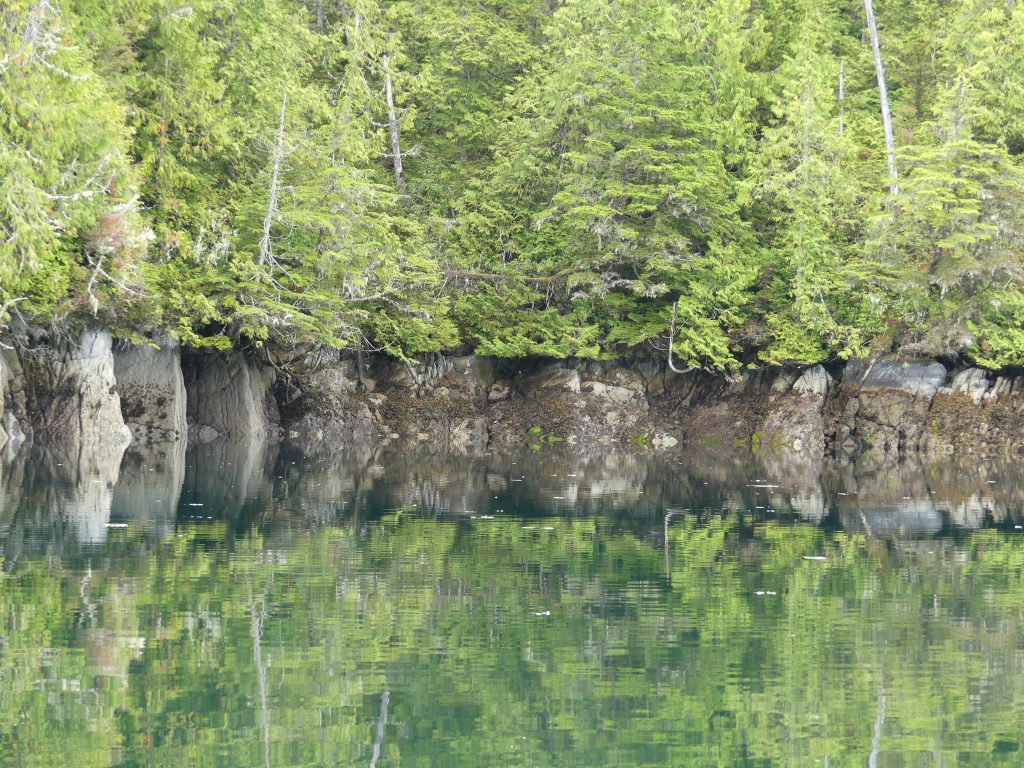 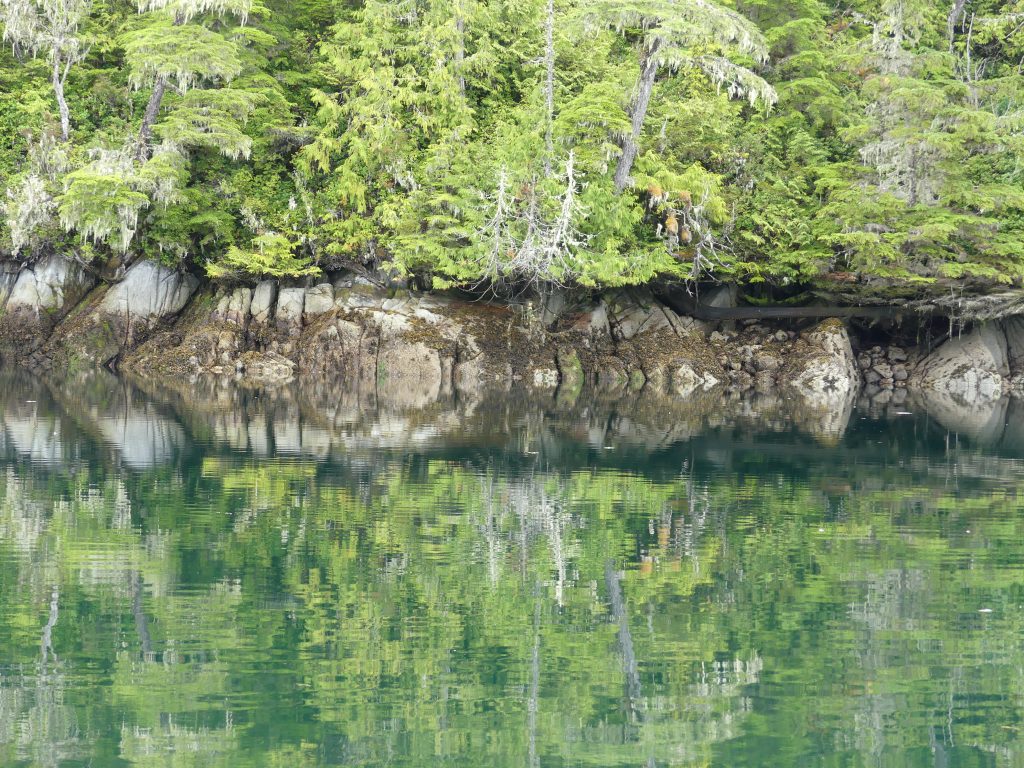 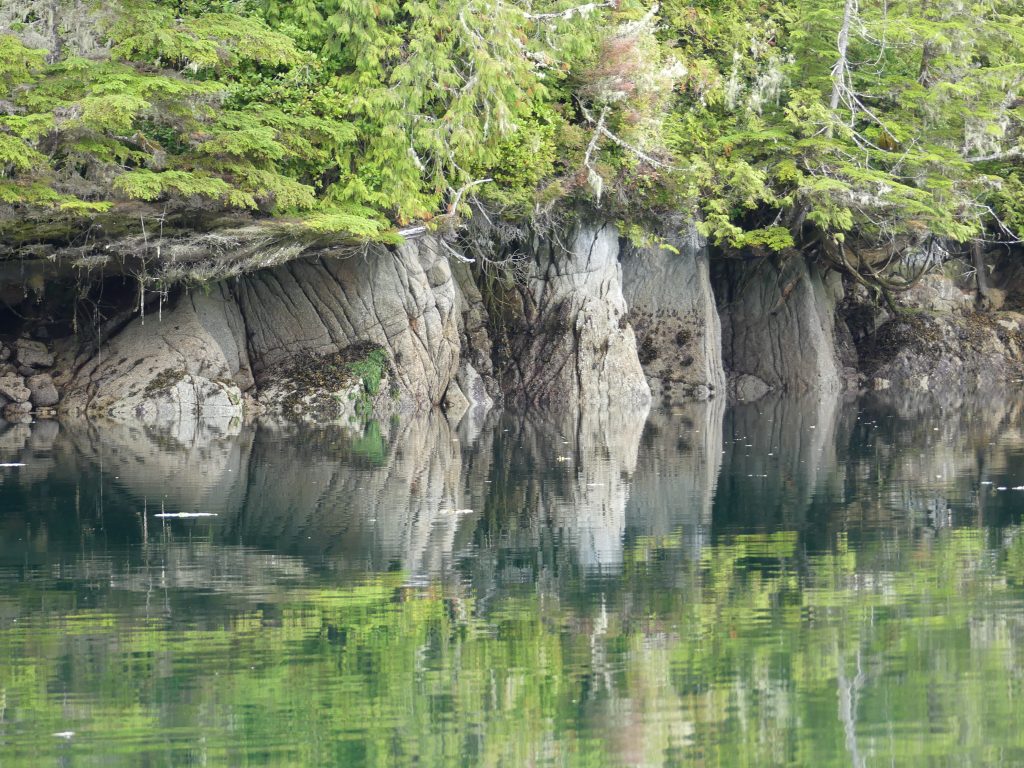 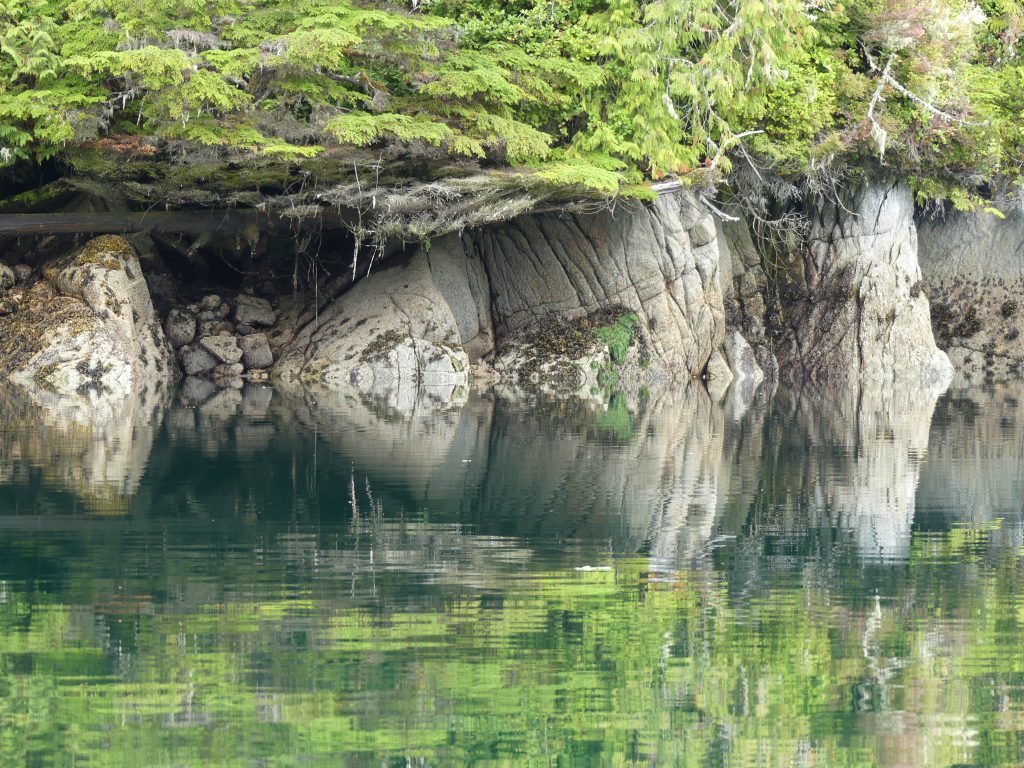